Edgar and the dog 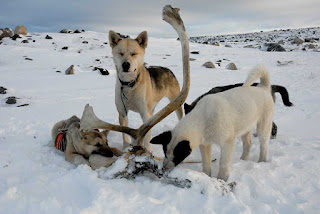 Lohbado searched for the road to Edgar the backwoodsman. This was in the twentieth century, early eighties. Edgar bought crown land, built a shack, lived off eggs and coffee. He had a chicken coup, about a dozen hens, a bunch of chicks plus a rooster. Some were layers and some were breeders. Edgar loved to stick his hand under the hen about to lay and catch a warm one in the palm of his hand, an egg straight from the hen’s body.

Lohbado in his old blue pickup truck cruised by unmarked dirt roads in search of Division Road 13. The vinyl and felt padding on the floor around the pedals had worn away, exposing wires. Electrical wires held together with black tape dangled loosely. Lohbado had to be careful to not get his foot caught in the wires. He wasn’t sure which road led to the property.

He stopped at a small store by the crossroads. An old lady gazed through thick glasses as he walked in. She stood behind an old glass display counter and gave him directions to Edgar’s. She knew everybody and what they were doing. Lohbado gathered she didn’t approve of Edgar. It was important for her that Lohbado understood she did not approve.

“He’s not one of us,” she said, puckering her face and giving him a knowing look, “He does things out there polite people don’t want to know about.”

“He doesn’t have a toilet,” she said, “He squats under the trees to do his business.”

“A sound way to conduct business, investing in the land. The produce of his body will fertilize and enrich the soil.”

“Whatever he does, I don’t want to know about it,” she said, her face turning red.

“You know enough to be able to inform me of his daily business transactions.”

“It’s just not right,” she exclaimed, “He should move to town and get a job. He’s lazy.”

“Edgar....” Lohbado paused. Edgar was about 60 at the time. The last time he saw him, Edgar looked scary, long wiry strands of grey hair sticking straight out at the sides, one eye sunk into a purple pocket of flesh, the other eye sunk the other way. Almost all his teeth were missing. His speech consisted of rambling, chaotic outpouring of unpleasant opinions with a few stories or anecdotes sprinkled in.

Lohbado thanked the woman and left. With the little map she drew on the back of a used envelope, Lohbado was able to find the place down a dirt road and along a rut path through the bush to a meadow overlooking a small lake. Domesticated geese and ducks ran around. A husky on a chain watched Lohbado get out of the truck. Some cats hid under the shack on blocks. It looked like it had once been a trailer, which after years of repairs had evolved into some sort of backwoods ecstatic monstrosity.

“I keep the dog tied up,” said the grey hair bearded man approaching Lohbado, “Last time he got loose he killed a cat. No point yelling or beating the dog. Its nature is to kill small animals. I love the beast to death. Fang is my best friend.”

Fang barked, squealed and howled and struggled to break loose from the chain.

“He loves you,” said Edgar as they walked up to the dog, “He can tell by the smell you’re a good man.”

When Lohbado got close, Fang leapt up and licked Lohbado’s face. Lohbado hadn’t seen such a passionate creature in a while. He gave the dog a big hug. When he turned to leave, the dog started yelping.

He tossed a scoop of dried dog food in the husky’s metal dish. It worked. The dog went for the food. Lohbado and Edgar sat on two stumps. It was a warm autumn afternoon, nearly room temperature outside. Lohbado broke open the case of 12. Lohbado drank 4 beers. Edgar drank 8. Edgar attached Fang to another chain, so he could sit or lie between them as they drank beer.

Lohbado spent the night on one of the mattresses inside the shack. The bed frame consisted of planks laid on top of stumps.

“The animals and birds are my friends,” said Edgar, as they sat outside drinking beer, “I could live without people. Take away the animals, I’d die of heartache. There’s enough sorrow and pain in the world. When I got this land, it was my ticket out of hell, the hell of people who don’t approve. It doesn’t matter what you do, somebody is going to judge and abuse you. I’ve had enough. I paid my dues. Now all I ask is let me die in peace. I plan to die here on the land, where I belong.”

After a few beers, the old man made sense. Lohbado realized he’d been carrying around preconceived notions about Edgar. His life in the bush with his animals and his frightening appearance made sense. Edgar lived according to his nature. He made no effort to conform.

“What I find strange is not what happens after you die, but what is happening right now,” said Edgar, “Did you ever stop to examine your existence? There’s plenty of time to do that out here, under the sky. I sit on this stump and watch the reflections of light on the surface of the lake and listen to the birds. Fang usually sits next to me, or lies at my feet, like he is right now.”

Edgar reached down and caressed Fang behind the ears. Fang lifted his head and smiled at Edgar and at Lohbado. It felt perfect, dog and human paradise.