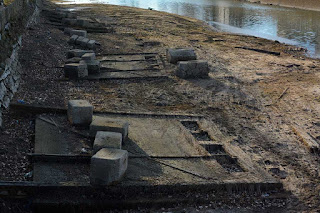 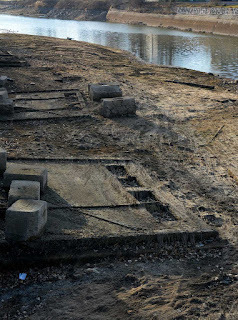 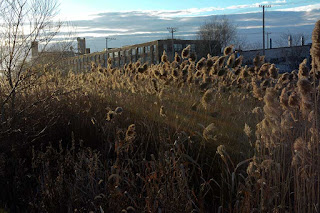 According to Greek mythology, Hades god of the underworld, or the place where dead souls went, abducted Persephone, daughter of Demeter and took her to the underworld. Demeter, goddess of the harvest, was allowed to bring her back, as long as Persephone ate nothing. Persephone couldn't resist the urge to eat pomegranate. As a result, every year Persephone had to spend time in the underworld.

Lohbado thought of the story as he gazed at the bottom of the Lachine Canal and imagined the gates to the underworld or Hades opening at the approach of winter.
Posted by Lohbado at 9:59 AM