in memory of Kevin Thayer 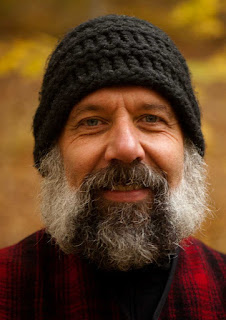 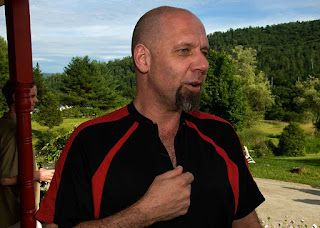 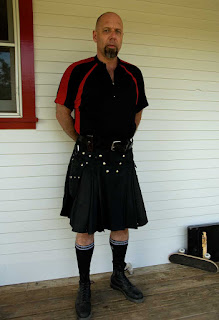 Kevin Thayer was a good natured, imaginative and intelligent man I first met about 2007 at Karme Choling Shambhala Meditation centre during a program called Family Camp. We both had daughters fairly close in age. The day before he died, out of the blue, a memory of a conversation we had one afternoon came to mind, about the choreographic-type moves people make as they drive, or get in and out of motor vehicles. At the time he was completing his PhD in communication. He talked about cyborgs and imaginative realities. Later he began a site, Axis of Character, which I subscribed to, plus we corresponded regularly by email. He posted poetic texts and images. He did a lot of work with the Zen garden at the meditation centre and enjoyed making ritualistic fires. He had a lot of experience doing sweat lodges and studied shamanistic lore. He was a strong, warm hearted and fascinating person. He died yesterday morning after a year of struggling with cancer.
Posted by Lohbado at 10:00 AM