on the Plains of Radiation 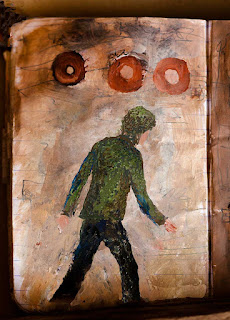 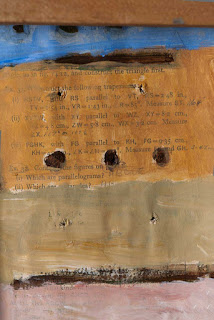 Lohbado dreamed about nationalistic fervour, how some people rallied behind megalomaniac dictators claiming to represent good in a war against evil. An apocalyptic war fulfilled the secret wishes of many. However, it didn't turn out according to how it was presented in the official rhetoric. Nuclear winter followed, a time of shock and awe. How could this happen? Many kept asking and wondering how leaders and administration could have unleashed such horror. After the devastation, Lohbado dreamed he was alone on the Plains of Radiation. A heavy drowsiness dulled the anxiety of wondering where he would end up or how he would get there. He looked at the ground below his feet as he tried to keep radioactive dirt from oozing over the top of his boots. He felt dizzy and disembodied. Lohbado woke with a migraine.
Posted by Lohbado at 12:57 PM