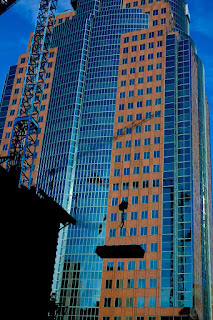 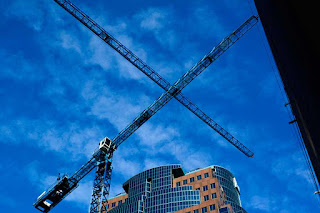 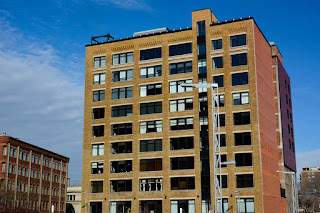 Boring pictures require some skill. There are various levels of boring pictures. There’s the sloppy composition, unfocused, overexposed highlights, underexposed shadows. On a higher level, boring pictures take on a certain style. Boring picture style could involve taking well thought out compositions, in focus with adequate exposure. There’s something restful about plain shapes, clear competent images without drama. Photography as discipline involves taking many photos that one knows won’t be masterpieces. Abandon ideas of fruition or applause. Take pictures and don’t think too much, other than about what relates to the task. Critical chatter could be a hindrance. It’s useless to ask: is this going to be a good photo or a boring photo? Is this fascinating or dull? The Lohbado approach is about process. The process of taking photos increases one’s visual awareness and enjoyment.

One could specialize in taking photos of objects in the kitchen and through much practice, create beautiful images. Of course, it’s been done. Everything’s been done, that’s the slogan. Lohbado replied: Life involves endless repetition. Breathing, sleeping, eating are highly repetitive acts. One doesn’t ask if tuna sandwiches have been made before. If one wants a tuna sandwich, one makes one and eats it. Same thing with taking pictures. The world is awash with images. Instead of feeling daunted, one could celebrate this. Imagine a million tuna sandwiches are being eaten at any given second. This could create a sense of togetherness. Join the crowd. Be a member of the club of those out on a Sunday afternoon in Montreal taking boring pictures of the buildings.

Of course, it would be nice to be able to express, in the photograph, the feeling of being there on a bicycle along the de Maissoneuve bike trail. Lohbado would ride slowly, stop every few minutes, take a few pictures. He took a break in a park by Place des Arts and ate a tuna sandwich.

About twenty or thirty years ago Lohbado used to exhibit paintings. He heard it all, just about every variety of aggressive, abusive, ignorant remark. It was a learning experience. He concluded that the new must be threatening to the person who wishes to cling to the old and familiar and who doesn't want the hassle of having to make an effort to understand something new. But that's over now. Now it's fun to relax and make pictures without worrying about results or what somebody might think. Human experience constantly evolves. If it didn't, things would soon become stale. Decomposition would set in.

Each creative moment, each challenge to the familiar could be viewed as a breath of fresh air. Or maybe the creative moment could be boring and unimpressive. It's all part of the process, the human urge to keep going, to explore new worlds, new experiences, new ideas, to celebrate the act of being alive. Lohbado sensed a connection between the urge to create, learn, explore and the will to live, the passion of being alive. One wants to connect with people and the environment, to interact, to make friends, to make love, to make a picture, or a movie, to write a text, to dance, to play music.... to have fun.
Posted by Lohbado at 9:57 AM