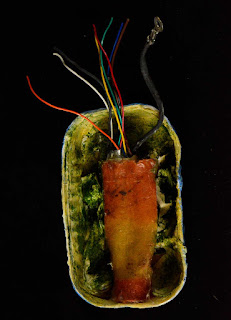 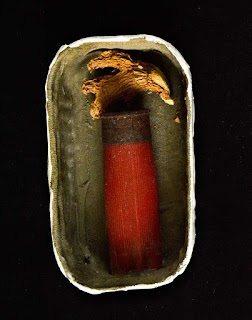 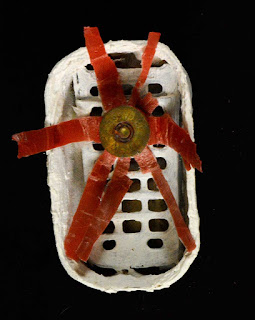 Lohbado made the above objects at the Moronovian Tabernacle as a focus for his mind when it became scattered and dull during the dark days of winter. The objects have no power, other than the ability to be picked up and observed. To stop and have a look is a powerful experience, given the amount of time one could be spaced out, in a hurry or distracted. The central feature is three red plastic canisters with brass caps Lohbado found on the ground one day while crossing the Plains of Radiation. He put the three empty casings in his pocket, then years later, used them in making the above objects.
Posted by Lohbado at 9:27 AM