Lohbado did pencil drawings of some Oogah devices. They can do anything, but don't need to do anything. They drift in and out of imagination, insisting on being noticed, but not for any purpose. They might have a purpose. Lohbado wasn't sure. All he knew is that devices lay on the table. He could pick them up or leave them lying there.
Posted by Lohbado at 2:59 PM No comments: 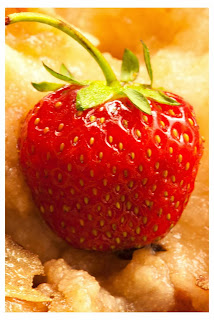 The stem touches the left edge of the picture. Pick and eat the strawberry. There's a famous story about someone hanging by a branch overhanging a cliff. The person will splatter on the ground if he or she lets go. He can't let go, can't get back up. What's he or she going to do? The person notices a strawberry.
Posted by Lohbado at 11:15 AM No comments:

Two signs on Cote Des Neiges, Montreal, taken about two years ago.
Posted by Lohbado at 5:17 PM No comments:

During the coldest days of winter, nothing less than a Nomrohic Ritual could overcome the spirits of darkness and inertia which emanated from the stained, thirty-year old ratty grey carpet on the concrete floor of Lohbado’s apartment. He’d been warned to stay away from earth spirits. People who messed with magic sometimes ended up tearing off their clothes and dancing around like crazy until they collapsed from exhaustion.
Read more »
Posted by Lohbado at 1:00 PM No comments:

Lucid dream, I’m about ready to start dreaming right now. These dark winter days are conducive to sleep. The trick is to have enough clarity while sleeping to recognize dreams as being nothing more than a dream. It also helps to remind oneself during the day that the events of the day are also ephemeral. In the middle of getting excited or bored about something, you could remind yourself that it’s like a dream. Are you paying attention, or are you spaced out, agitated or distracted? Ok, enough blibber-blabber. I’m going to collapse and saw logs.

Posted by Lohbado at 8:07 PM No comments:

in the Dream Temple 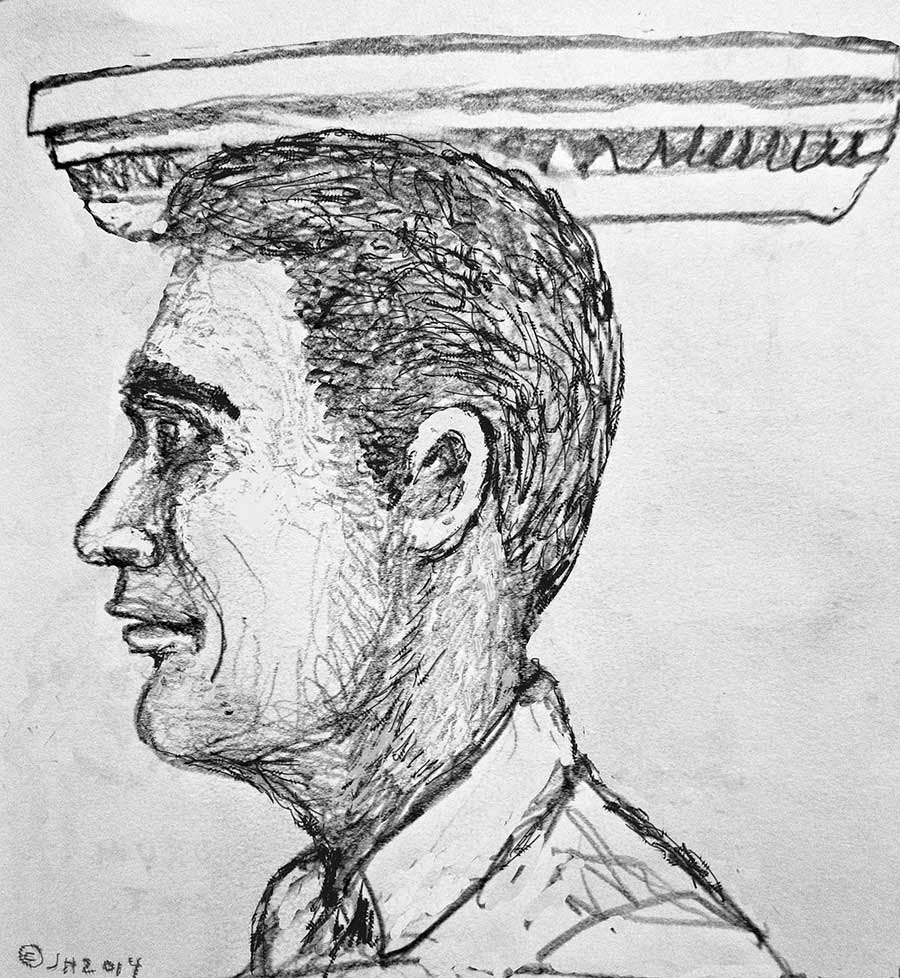 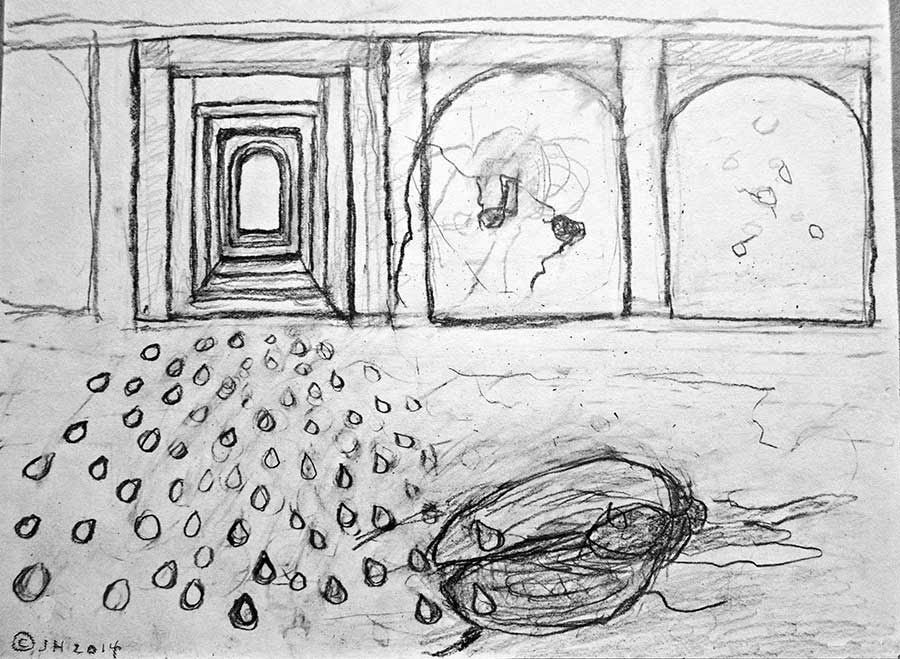 Life is like a dream. Most of one’s life is barely experienced. One lives a tiny fragment of what’s actually happening. Most, in fact pretty much all of what one experiences will eventually be forgotten, after you die. Go to a graveyard and look at all the names on the gravestones. Each name represents a person who experienced ups and downs, mood swings, problems, conflict, a whole sound and fury, much ado about nothing. It seemed important at the time, the time you weren’t sure what to cook for supper, or the time you got angry at someone who cut in line, so many trivial episodes, all forgotten.

Row row row your boat, gently down the stream. Don’t take things so seriously. Life is but a dream.
Posted by Lohbado at 9:21 AM No comments:

Lohbado reached for his jacket and was about to go on his morning walk when the spirit of the Great Nomroh appeared on the cover of his notebook. With the aid of advanced Lohbado photo techniques, he was able to capture the Spirit of Nomroh.
Posted by Lohbado at 12:35 PM No comments: 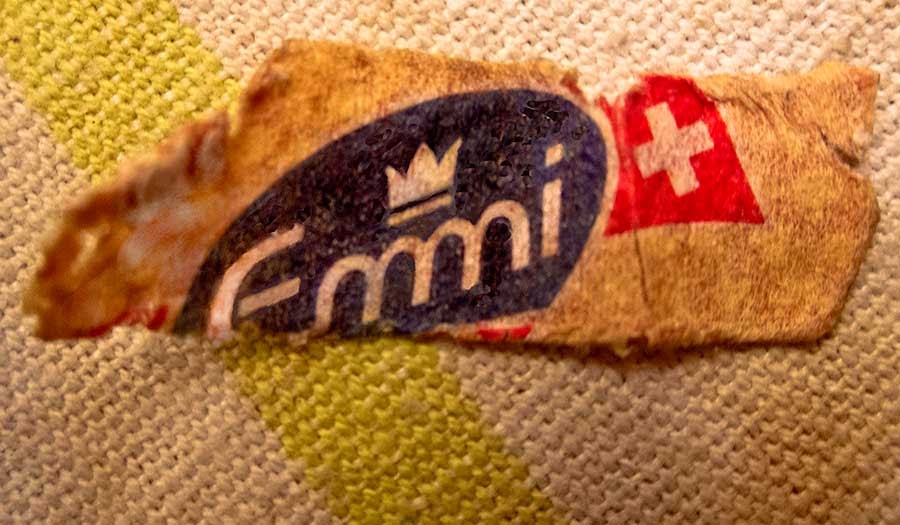 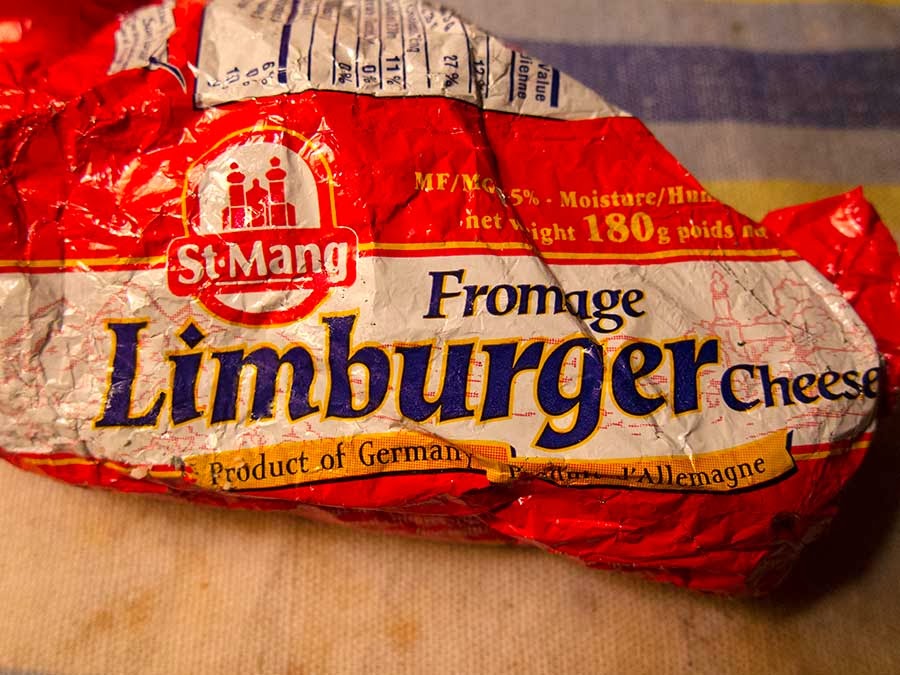 Cheese packages are often like little art objects, beautiful design. Lohbado was about to toss the cheese wrappers, but instead, grabbed his camera.
Posted by Lohbado at 4:03 PM No comments: 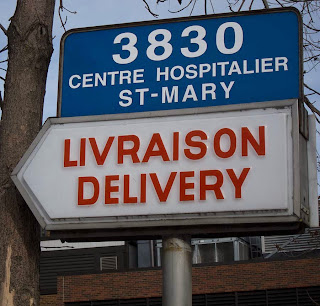 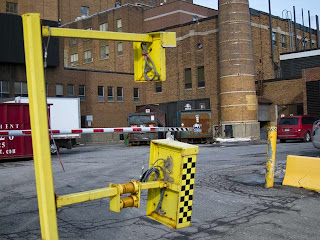 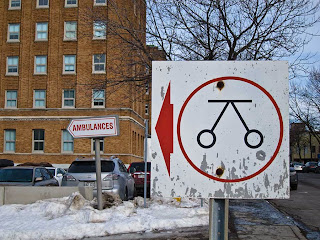 Lohbado walked along side streets to the library near metro Cote des Neiges. A huge complex of hospital buildings and clinics stretches along Cote des Neiges and Legare from about Van Horne up to Queen Mary.
Posted by Lohbado at 6:56 AM No comments:

The concept of Lohbado, his name, the Lohbadoness of Lohbado, reified, hypostasized, digested and excreted into the Lohbadesque. Did you think there was another world of essences behind the world of appearances? Or were you trying to make appearance into essence? Or maybe what you see is what you get. OOO CHA... ooo ooo cha....
Posted by Lohbado at 4:50 PM No comments:

Lohbado's resolution was to keep working on his memoirs, from start to finish. It's a game, or process of getting to know oneself. Have a look at what's going on in your mind. Play around with some of the memories or stories. There's no goal, other than to deepen understanding of existence, as opposed to floating around in confusion, or sinking into an ignorant stupor. Club Morono is a good place to spread out some of the pieces, which could eventually be assembled into a book.

The quality of the writing depends on whether it's written in the morning, in afternoon or at night. In the morning, the writing will be grumpy, with perhaps some despair or sense of hopelessness. In the afternoon, maybe one might try to make it coherent. At night, throw your hands in the air in a gesture of complete and total surrender. Very little was accomplished. Maybe within this lack of accomplishment lies the essence of Lohbado's wishful thinking. In wishing to write a narrative, the whole thing collapsed, like a house of cards. Maybe that's how it is with the journey of life. One is born, struggles to be an adult, tries to make sense of things, then death happens and perhaps one is none the wiser. Or maybe one learned something. But then it's over. So what are you going to do about it? Not much you can do.

The moral of the story, don't worry too much. Undertake the journey, or process. It may or may not amount to something. In any case, it doesn't matter, unless of course you're attached to ego and really want to leave a trace, or some sort of monument to oneself. If you're free of ego concerns, the process could be a lot of fun.
Posted by Lohbado at 9:25 PM No comments:

Lohbado dreamed he attended a sky burial, in a farmer's field behind a huge barn. The corpse was laid on furrows of black earth. Suddenly the sky darkened with a flock of ravens, which came to eat the flesh. Lohbado gazed at the leafless trees in the distance. An overwhelming sense of relaxation filled him as he realized he was witnessing his own death.
Posted by Lohbado at 11:22 AM No comments: 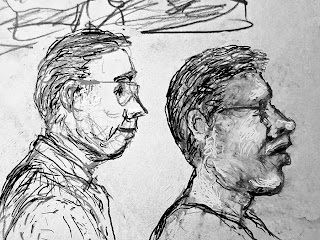 Posted by Lohbado at 2:47 PM No comments: