end of the year dream 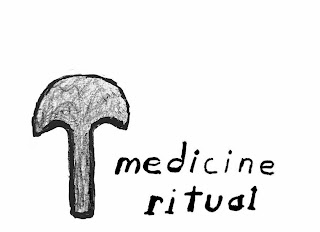 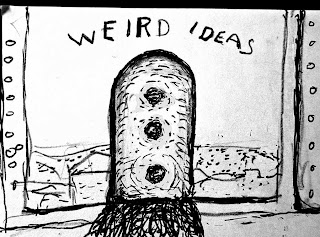 Posted by Lohbado at 5:03 PM No comments: 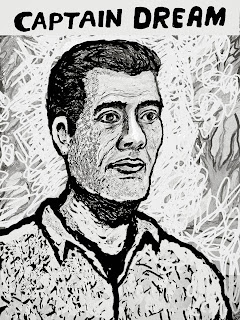 Here's Captain Dream, not wearing his uniform, during the last week of December. When not on duty, he stops dreaming long enough to stop, look and listen. Sometimes perceptions and resulting mental sensations are more bizarre while awake than while dreaming. Dreaming has a way of softening rough edges, unless maybe if it's a nightmare or claustrophobic dream. Captain Dream mastered the art of lucid dreaming. When the dreaming gets agonizing, he has the ability to flip it into a pleasurable scenario.

He could literally begin a dream in a crowded store and dissolve the scenario into a relaxing afternoon in the northern forest. He could lounge on a rock overlooking a stream and gaze into the distance. He could dream about how earth was before it got polluted and damaged.
Posted by Lohbado at 3:59 PM No comments:


Club Morono will now pause to bring you a couple pictures of a typical Montreal winter. Both pictures were taken in Cote des Neiges, one on Rue Legare, the other outside the Jewish General Hospital Complex.
Posted by Lohbado at 10:31 AM No comments:

Lohbado coughed so hard, his torso split open. A star flew out of his forehead.
Posted by Lohbado at 11:05 AM No comments:


This is the season when people get together to sing and dance and to check out each other's social/economic status.

Posted by Lohbado at 1:04 PM No comments:

The temple of Nomroh, proudly erect against the darkness of unknown, is a beacon of light for seekers of solace.


After a week of being sick, or not in use, Lohbado is now back in use. Taking time off to be sick allowed time to contemplate life and death. Not much Lohbado could say about death... What do you mean by death? What is the technical meaning of death?

One's body becomes a corpse. What happens after that is outside the realm of life. Whatever Lohbado could say only took place in the land of the living. If he could "be" dead, then he would not be dead, he'd be alive, because with death, there's no being, or at least, no self-centred being or identity. Other living beings could see the corpse and describe it. Is there mental activity in a corpse? Poke the corpse with a needle and see if the corpse yells "ouch" or flinches in pain. The corpse is an object that has lost ability to perform bodily functions.

Whenever Lohbado tried to imagine death, his mind blanked out. His thoughts could not exist independently of a physical, living reality. You could test the mind/body connection. Drink a few beers. See how that affects your thinking. Watch a scary movie, have a nap. Examine your mind in various situations.

Don't get carried away. It's better to say less than to say too much. Sickness made his mind hop around like a flea. 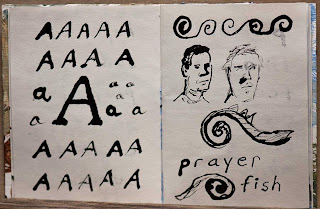 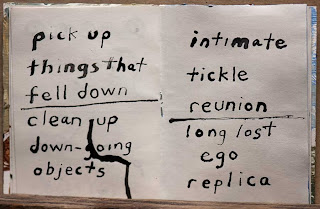 pages from small handmade books by Lohbado
Posted by Lohbado at 2:09 PM No comments: 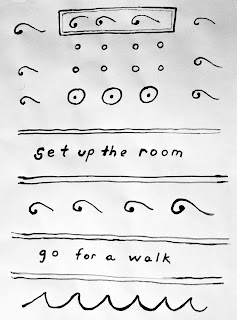 Posted by Lohbado at 2:51 PM No comments:

Montreal has an impressive snow removal system. Let winter begin!
Posted by Lohbado at 8:52 AM No comments: 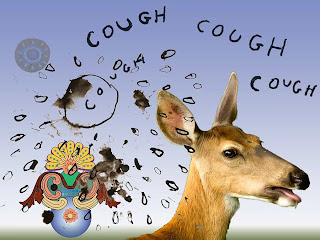 Last phase of the flu: cough it all up from the lungs. Finally, it's possible to breathe normally again.
Posted by Lohbado at 8:53 AM No comments: 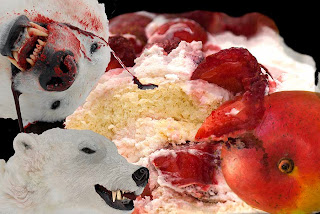 Posted by Lohbado at 4:36 PM No comments:

to fight a virus 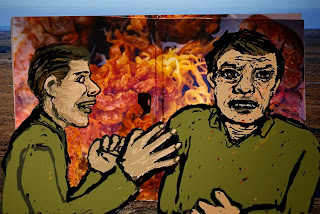 It felt like a battle with the flu or whatever. The actual sickness was an external force that invaded and took over the body, creating pain and suffering. The sickness felt like a physical opponent, gripping a host by the throat, kicking him in the head and in the stomach, twisting his limbs out of joint, jumping up and down on his chest.

Lohbado fought back, tossing and turning, coughing and sneezing, gasping for air, trembling and thirsty. He fought against losing consciousness. He rallied his forces to expel the invading virus.
Posted by Lohbado at 5:14 AM No comments: 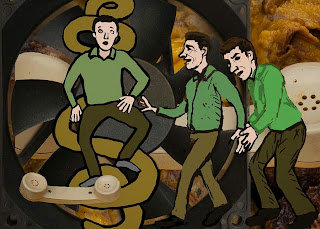 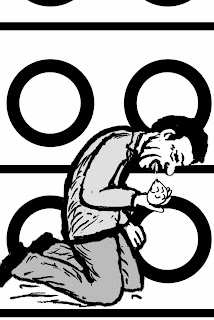 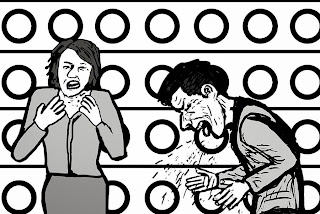 window into the mind 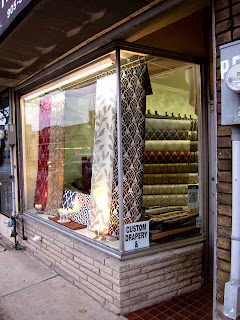 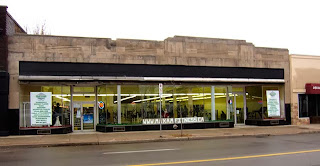 Go in. See what's inside. Don't be afraid of the desolation. Some things mellow with age. I'm not talking about what's in the picture. The pictures are decorations, from Lohbado's image library. 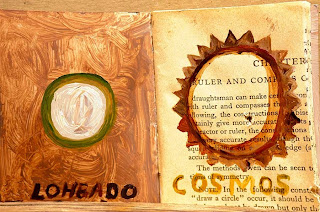 Lohbado went to an island in an arctic sea, a region of peace and quiet, far from the machinery of regulation and standardization. A person could stand on a rock and gaze all day towards hills on the horizon. One could look into pools, or walk to the edge of salt water and let the mind be free of worry.

Posted by Lohbado at 6:30 PM No comments:

Prayer to Oogah... Please Oogah, please, please, please deliver me from The Plains of Radiation. Lead me into the land of ... Oogah please, I forgot the words of the prayer... please, save the planet from climate change, poisons, wars within wars, economic injustice, violations of civil liberties... and things so horrible, it hurts to even mention...
Posted by Lohbado at 11:05 AM No comments: 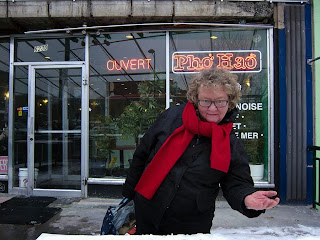 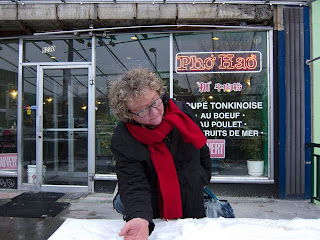 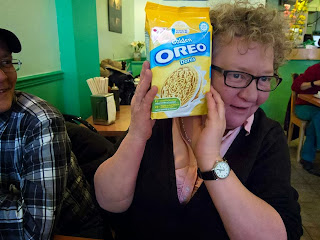 Posted by Lohbado at 1:51 PM No comments:

Of course it all depends what you find most interesting, whether you prefer a action/adventure, a detective story, a western, romance, comedy, tragedy... Lohbado began with a failed attempt to describe what was going on by way of mental events. A mental event could be just about anything that comes to mind. A traffic light provides three types of mental events within the envelope of one. The traffic light is the event of making one pause to see which light is lit up. To know the meaning of one light involves knowing the meaning of all three lights, red, amber and green.

Lohbado frequently experienced the mental event of alternating clarity and confusion, sort of similar to light and shadow. Sometimes he'd notice something, but then his mind would sink back into a fog. Most often, a blur obscured his perception. A mental filter distorted things. A constant mental chatter sorted objects, people and situations into like, dislike and indifference, for me, against me or neutral... a whole set of self-based reactions.

Posted by Lohbado at 8:43 AM No comments: 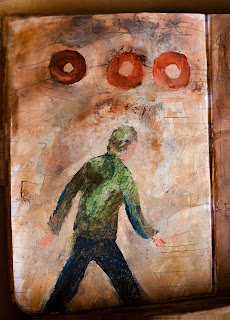 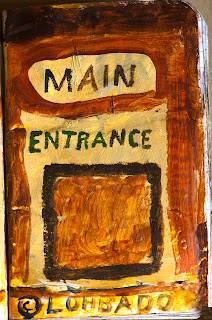 Only if one constructed a grid could Lohbado occupy a certain place at a certain time. Lohbado's location, pin pointed on a grid, represented where Lohbado had been. The pin-point grid became the object of attention, while the actual Lohbado in an actual place vanished into the distortion and haziness of memory. The grid told a story independent of what may or may not have happened to Lohbado.

This is not an original concept. The word/object, thing/abstraction, particular/universal duality goes back thousands of years. Lohbado, in writing his memoir, invoked this tradition of paradox, translating it into the OOO CHA dialectic. This is the real memoir. Every day he changed his socks and underwear, ate, performed bodily functions, showered, slept, trimmed his beard and thin hair.

In writing, Lohbado assembled micro-stories. For example, Lohbado walked into a cafe, ordered a coffee and began reading a book. He looked up, made eye contact with a woman with dark eyes and grey hair for a few seconds. She gazed at him, or rather beyond him. A waiter cleared the table next to Lohbado. Another woman, in her early fifties, sat down. She worked on a crossword puzzle.

Lohbado enjoyed being in the cafe.  He couldn't help but compare his cup of coffee to life. As a boy, life appeared like a fresh cup of coffee, like it would last a long time. As a man, he enjoyed the coffee. At the age of sixty, there wasn't much coffee left. Soon he would die and it would be as if nothing had happened... the old form/emptiness sutra. Lohbado laughed quietly. He watched a man take a key from the counter and head off to use the toilet.

Eventually Lohbado finished his coffee and left. There you have it... a micro-story....
Posted by Lohbado at 6:34 PM No comments:

give the cat some water 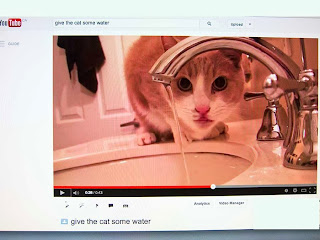 When the writing of his memoirs became too difficult, Lohbado turned to images. At a loss for words... shapes replaced grammar. With a variety of line, shape and colour, Lohbado worked on his memoirs, until words happened. Every story involves a sequence of before and after. In between before and after, now pulsates. Each now becomes then at the moment it occurs. Once you even say the word now, it's already past. Each picture saved Lohbado a thousand words. As the pictures piled up, Lohbado's memoirs took shape.

Most of now is barely noticed and will be easily forgotten. It will be as though now never even happened. After you die, all that remains is a few distorted, fading memories among a handful of people. What did you expect? Were you hoping for a monument? What part of yourself would you like immortalized? 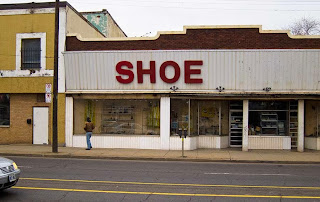 Lohbado didn’t know how the bugs got into his apartment. Not bed bugs...  he found flat shiny green things. At first it looked like part of Jane’s necklace. Lohbado looked closer. Three dead bugs on a hand towel on the floor... he should have hung the towel to dry, then maybe bugs would never have entered his mind. Too late... three shiny green bugs on a damp towel, Lohbado put the bugs on a plastic lid and hung the damp towel on a hook in the bathroom.
Read more »
Posted by Lohbado at 12:21 PM No comments: 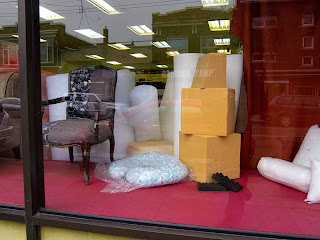 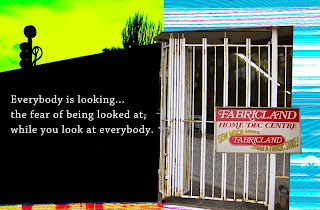 Rows of rectangular florescent lights, windows from the building across the street reflected in the window, red drapery, plus the clutter of white foamy type pillows and a stack of yellow boxes, Lohbado took a picture. A man came running excitedly out of a shop. What are you doing? I'm taking a picture. Why are you taking a picture... the routine. Anyone who takes photos will eventually run into paranoia... Lohbado explained that he likes to take pictures for fun. The man frowned and went back inside. Lohbado continued taking pictures. 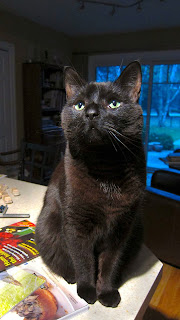 Posted by Lohbado at 6:48 PM No comments: 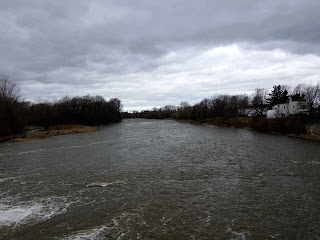 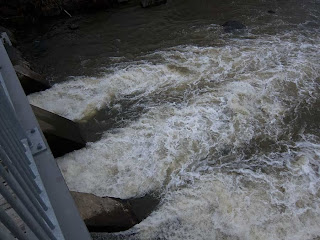 Water flowed under the dam, fast flowing water, overcast sky. It's the Yamaska River as it passes through Farnham, Quebec.
Posted by Lohbado at 5:57 PM No comments: