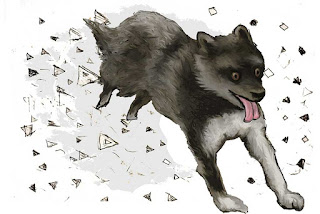 A dog ran through a page of Lohbado's imagination, a dog he encountered many years ago on the Plains of Radiation. The dog was happy to be running and to not understand what humans were doing. 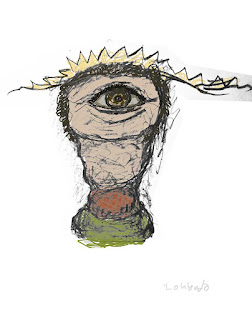 The All Seeing Eye is one of the Mysteries of the Moronovian Universe. There’s a sense of watching and being watched, seeing and being seen. Look into each others eyes. Look into windows at people inside rooms who look out at people on the street.

There’s the mind’s eye. Close the eyes and daydream. There’s the eye of introspection. Look within. Look at your mind. What is your mind doing right now? What habits does your mind follow? What thought loops, opinions or beliefs does your mind subscribe to? Do you believe everything that flows through your stream of consciousness? Are you able to admit that you could be wrong, or do you claim omnipotent infallibility? Are you open to consider other points of views, or to accommodate new information, new discoveries or errors in logic? Perhaps some of your opinions contradict your other opinions.

The mind is a real circus. Have a look.


What will happen to today? How much of this moment will you remember?
Posted by Lohbado at 4:24 PM No comments:

the meaning of zero 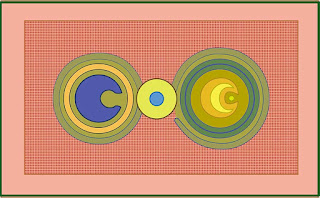 The story of zero, feel like zero, enter the zero. Zero represents an absence, the presence of absence. The presence of the symbol zero in all its circular splendor indicates absence.
Read more »
Posted by Lohbado at 12:12 PM No comments: 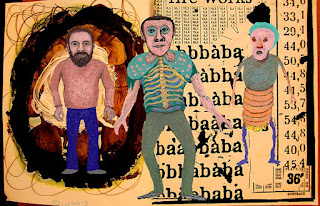 Eddie Armonde from Fuhduk worked as a cooperant with the Department of Regulation. Most of his activities were confidential. Lohbado didn’t even ask. He didn’t want to know. One night they met at Hair of the Dog Bar and Grill. They sat at a little round table on the back terrace enclosed in a stone wall. It was easier to talk out there. Inside, blaring music made it necessary to shout if one wished to communicate.


Summer is a time of road construction, renovation, ear piercing noise. It's also a good time to go to a park or relax by the river or canal. Lohbado rode his bicycle from Cote des Neiges to the Lachine Canal, Montreal.
Posted by Lohbado at 7:50 AM No comments:


The mind is like a temple. Many voices in the temple, not all of them helpful... the voice of fear and despair could lead to a prison of pain. The reward of relaxing is one relaxes. The mind uncoils. The water becomes calm.
Read more »
Posted by Lohbado at 11:33 AM No comments:

relaxing at the end of a heat wave 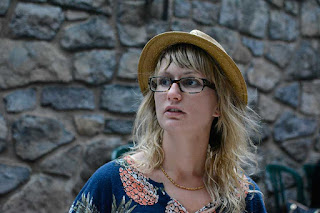 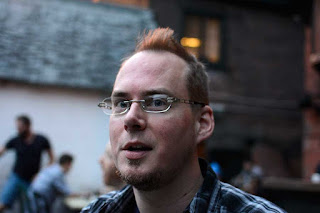 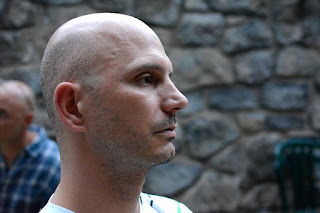 A mid-August heatwave came to an end with strong winds and rain all night. Lohbado watched people relaxing after a hot day. During the heat wave, one could easily work up a sweat after a five-minute walk down the street.

key to the palace of wisdom 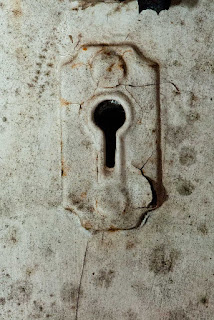 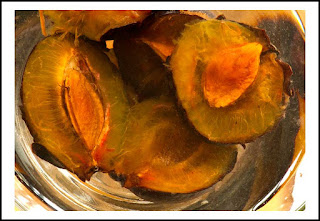 Each individual operates within a sphere of consciousness. The sphere of consciousness or identity is contained or enveloped by that which is much vaster than the sphere. Harmonious functioning of the individual is affected by one’s ability to be aware of one’s limitations and by a willingness to learn or explore what lies beyond. Problems occur when one tries to solidify the circumference of one’s sphere of consciousness and to turn it into a universal rule for everyone. Each individual has their own circumference. Society contains an endless variety of spheres. Smooth functioning occurs with appreciation of difference, willingness to understand and openness to learn. Turbulence happens when one becomes dogmatic and moralistic, as if one’s personal preferences should be the universal standard.

All living beings have the right to relax and be happy. Such a statement should be unnecessary, except that often people torment others, as if to imply one should not be happy. This leads to a vicious cycle of fearing to be happy and resenting those who have the courage to be happy. The person who is afraid to be happy might sink into a long-term low level misery that makes the person jealous or angry of those who appear to be happy. Misery prefers the company of the miserable. In being happy, the happy person is a living criticism of the person who chose to be unhappy. The unhappy person might view the happy person as being immoral, irresponsible, selfish. The person devoted to misery could choose from a long list of moralistic adjectives to disparage the happy person. 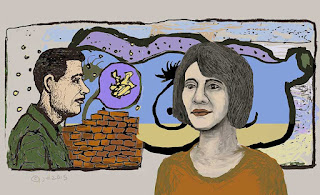 Ben caught Lohbado making esoteric diagrams, fountain pen in a notebook of 90g paper. This was when Lohbado worked as a PBE (push button expert) for the DR (Department of Regulation. Ben told Jill Lohbado was some sort of freak, perhaps member of a sect, a cult member, a victim of mind control. Maybe Lohbado was mentally ill. For sure, Ben said, Lohbado was weird.

A transparent sensation resulted from many hours alone in a pale green room. A sadness of realizing how decades go by like a dream, this moment will likely be forgotten. Each person will have a different perception, version or memory of what happened. Very little of the moment entered awareness. The sensual moment dissolves like a series of point instants leaving a trace of soon forgotten mental images or ideas in some invisible realm which brain mapping desperately tries to locate. So what exactly happened?
Posted by Lohbado at 3:58 PM No comments: 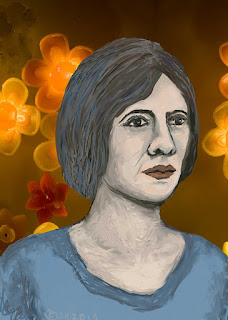 Focusing on text and image enabled Dr. Jane Wormsly to endure loneliness. Loneliness becomes like any set of painful sensations, like a migraine, cramps or lower back pain. Dr. Jane stood back and laughed, a little circus of this and that.

Posted by Lohbado at 2:32 PM No comments: 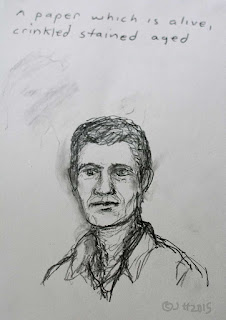 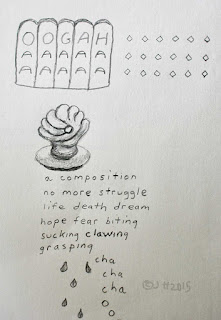 Lohbado is working on a new video about book burning. In burning the book, the Chief Nomroh made evident the impossibility of making things safe and secure. Destroyed books have historically screamed out to be read. Often the act of burning them made surviving copies famous.

it may half been a missfired brick 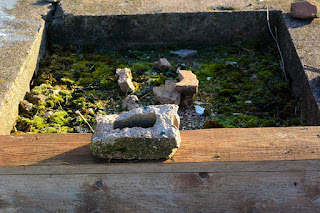 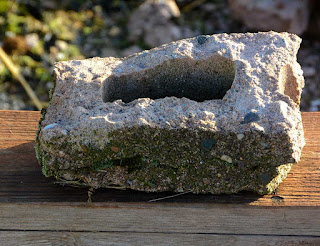 "It may half been a misfired brick, as some say, or it mought have been due to a collupses of his back promises, as others looked at it. (There extand by now one thousand and one stories, all told, of the same)." page 5, Finnegans Wake, James Joyce. Penguin 1999.

Tim Finnegan, stonemason, fell off a ladder as he worked on a tower. Maybe somebody threw a brick, which knocked him from the ladder. Or maybe he had too much to drink for lunch. Over a thousand and one stories existed in relation to Finnegan and the circumstances surrounding his rise and fall.

Posted by Lohbado at 9:34 AM No comments: 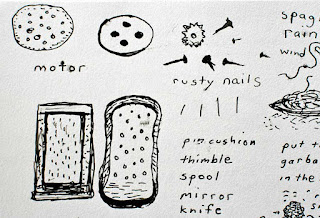 Lohbado sat on a concrete pad in the middle of a vacant lot. He picked up a handful of rusty nails and enjoyed their texture in his hand. He inhaled the fragrance of sweet grass and waist high weeds growing from cracks in the pavement of what once had been a gas station. Later, he went into the old house where he decided to spend the night and cooked spaghetti for lunch. After lunch, he carried a sack of garbage to a dumpster outside a shed.

He cleaned up the house a bit and made the place comfortable. He spread his sleeping bag out on a wooden platform and hung his wet socks and trousers on a line strung in front of the oil drum stove to dry. He found an old photo album and various items left behind by a family that had lived there before the Apocalyptic War. There were empty bean cans and beer bottles left from previous lodgers. Among the lost wanderers, those whose lives had been disrupted beyond repair during the war, was a code of etiquette, to always leave a place cleaner than how you found it. During the period between the collapse of one civilization and the beginning of another, people tended to be friendly and considerate, with minimal aggression.

Posted by Lohbado at 1:44 PM No comments:


Pick up the guitar, relax and have fun... motion, dance, guitar strumming however you wish... connection to the world of the senses, playful interaction, memories, ideas...
Posted by Lohbado at 11:39 AM No comments: 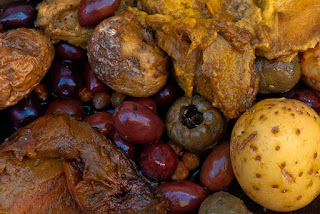 Lohbado visited a place where food had been sitting in the fridge for a few months. Disposing of rotting food is a fun rainy day activity. Lohbado spread out the soft oozy material to represent a cosmos of digestion. The food began fresh and firm. It aged and became soft and spongy. The can of olives had expired two years ago. Moldy mangoes, potatoes with tubers, it was a feast for the earth. 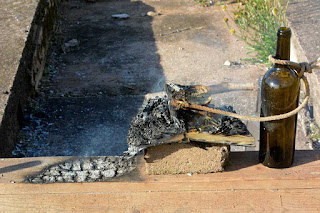 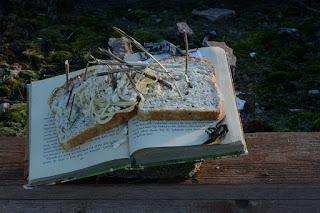 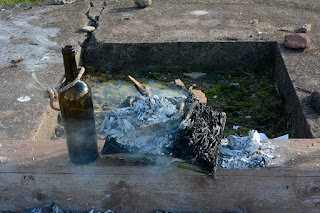 A book burning ritual took place at the Moronovian Tabernacle to release tormented spirits so those at the tabernacle could relax and have a nice day.
Posted by Lohbado at 8:47 AM No comments: 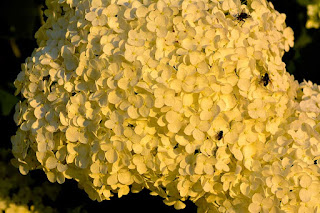 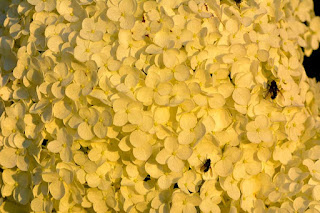 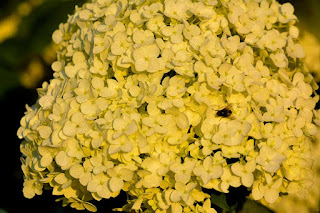 Yellow light on beautiful flowers, hydrangeas...
Posted by Lohbado at 7:54 PM No comments: 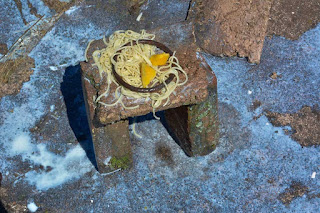 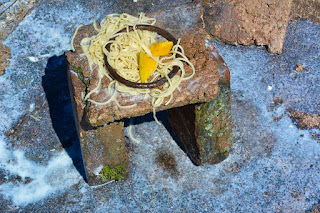 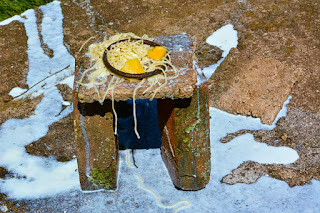 Lohbado had spaghetti for lunch, with a side order of expired milk and two slices of mango on top. He held it in place with an iron ring... that iron ring of spaghetti and milk. Sometimes it's fun to play with left over food.
Posted by Lohbado at 6:36 AM No comments:

When you insult life or appearances, you’re insulting the intelligence or unity, the coherence of things. The world might feel overwhelming and chaotic when in fact everything is organized according to gravity, speed of light, weather patterns, cause and effect. If one examines reality in a scientific manner, things do not appear haphazard. The world is not arranged in an absurd manner. Each detail makes sense in relation to an infinite myriad of other details. 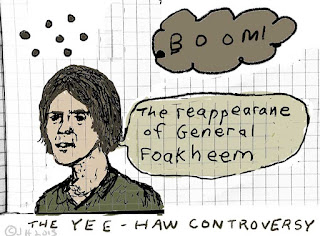 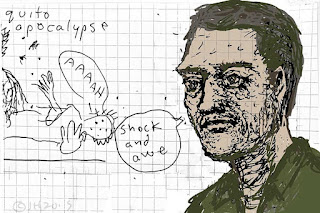 Dr. Jane Wormsly, Department of Helminthology, Lumpkins University and avid student of history came across recently released documents of General Foakheem. General Foakheem, outspoken rebel leader and brilliant strategist during the Yee-Haw Controversy, fired soft brown beans from a latex-lined hemp bag. He was a powerful man with an explosive temper. It was considered best to never get caught in a suffocating blast of General Foakheem hot air. His rhetoric was something not easy to forget. 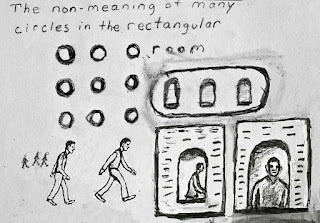 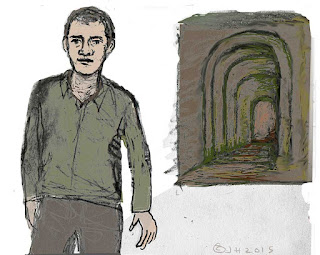 Lohbado remembered final evaluation, the last yearly review, when as a PBE (Push Button Expert) he was called into the Chief’s office. A pudgy man in a neat pale blue shirt and pleated black trousers about sixty sat behind a computer. A motion of his hand towards a chair indicated Lohbado should sit down. He glanced at Lohbado, without saying a word and swiveled the computer monitor so Lohbado could see his file on screen, a chart with statistics. Lohbado knew the real file was hidden. The chart was a front, so Lohbado wouldn’t insist on seeing what people wrote about him. He knew he had enemies in the department. Someone warned him a year ago.