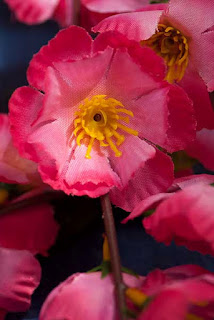 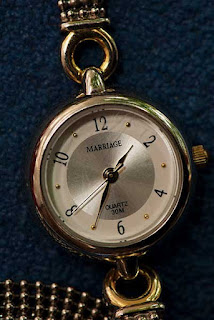 Lohbado decided to write the story of his life. He grabbed a popular novel off the shelf and tried to write like a pro. He knew he would never be able to compete with the opening line of Chapter 6 in Jim Thompson's novel, Heed the Thunder: "Winter fell like a harlot upon the valley. One day there was only the musty odor of her ... the next she lay sprawled across the land ..." (page 53, Black Lizard Edition, 1994). His favourite spring line was from Virginia Woolf, To the Lighthouse: "The spring without a leaf to toss, bare and bright like a virgin fierce in her chastity, scornful in her purity, was laid out on the fields wide-eyed and watchful... " (page 198, Harcourt, Brace & World, 1955). Lohbado closed the book and wrote: 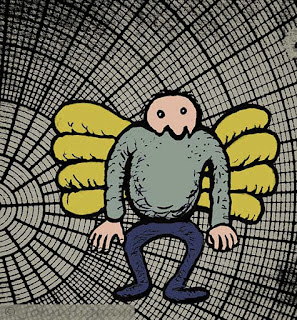 Hank got Lohbado temporary work in the Silver Tower, a fifty-story building in city centre. Lohbado’s job was to edit a few thousand photos and to upload them to a government database. He processed files in batch automation. Add a little vibrance and sharpness. He had to sort through a lot of files, according to a set of instructions. It was top secret. The people in the photos had identification numbers. He wasn’t supposed to know who they were.
The ones in beige were the OOO. The ones in olive green were the Yee. The OOO and the Yee were mortal enemies, with conflicting political ideologies and religious beliefs. You get my drift? Same old story you can read about every day in the news. Strong emotion and rigid ideas ruled the day, no compromise.
The OOO believed in the power of circularity, the circle, wheel or cycle. The Yee believed in wavelength trajectory, EEE, sound vibration, infinite sequence. Y reached out with two arms to receive cosmic energy. The trunk of Y is rooted in the ground. Outstretched arms of the Y vibrate to the E-tune of the cosmos Yeeeeee.
The OOO took a more holy approach. Each O was a hole in the moment, a portal from here to there, leading along a circular corridor from there to here. You would think the OOO and the Yee could work together, the OOO spinning like wheels of a motor vehicle along the Yee highway to eternity. So what’s the problem?
The problem lies in the mind, or rather, in the ego. Ego involves a template of desire, belief, opinion, hope, fear, aggression and ignorance. Ego is by definition a dualistic, limiting factor, me you, us them, for us or against us, yes no, agree disagree. Ego abhors difference or disagreement. Ego wants to rule. To ensure a safe nest, ego creates an enemy to hunt down and punish. Ego likes a scapegoat, someone to sacrifice on the altar of fear, someone to blame, or even hate. Blame someone for all the discomforts of the human condition. Ego operates under the illusion that everything could be fine, if everyone would cooperate, agree and behave in a way that I feel is best for everyone.
Ego is doomed to conflict and bewilderment. So that’s the story, the frustration and disappointment of ego pursuing the way of the world at Vanity Fair. Of course, ego is not the whole story. To see the limitation of ego could open up a whole new ballgame. One could get over ego and see it for what it is, but that’s another story. 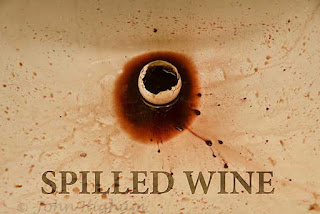 Years of personal hygiene, hours bent over the bathroom sink, brush your teeth. Comb your hair. Wash your hands. Turn on the tap. Jesus turned water into wine. Imagine if wine came out of the faucet. That would likely lead to song and dance. On a personal note, I've long been fascinated by sinks and the miracle of plumbing. Food consumption and cleanliness go together. The texture of food is part of the eating experience. The color of wine adds to the enjoyment of drinking. Sit back and eat textures and colors. Drink luscious red wine, when the miracle of turning water into wine takes place.
Posted by Lohbado at 2:38 PM No comments:

Jack Pine got arrested for stealing cognac from the office of Rex Leroy, a top administrator of the OOO. They arrested Jack and dragged him down to the Regulation Room, where Lohbado did an intake assessment. It was a standard form and took about fifteen minutes to fill out. It contained a set of standardized questions to gather background information about the minor offender. The crime itself wasn't such a big deal to anyone, except Rex Leroy. Each bottle of Remy Martin cost eighty dollars. What hurt most was that Jack had an affair with Dora Leroy. In order to punish Jack, Rex accused Jack of violating top levels of security, endangering the entire OOO community and damaging the secrecy of the Secret Desert. Rex insisted that the stealing of the cognac was a decoy to hide his true mission, to steal information about the Cha Region of the Poh Valley and to sell that information to enemy.

Lohbado and cups in the cupboard


Lohbado woke up in the night and decided to water the plants. He went to the kitchen, flipped on the light switch and reached up to test the soil of a plant on the middle shelf. He tugged at a couple dead leaves, unaware they were attached to a vine which had grown down from above and gotten tangled up with the lower plant. When he pulled at the dead leaf, the plant from the top shelf came tumbling down and smashed the coffee pot on the counter to smithereens. Coffee sloshed into drawers and on the floor. He cursed and swore.
Read more »
Posted by Lohbado at 1:53 PM No comments: