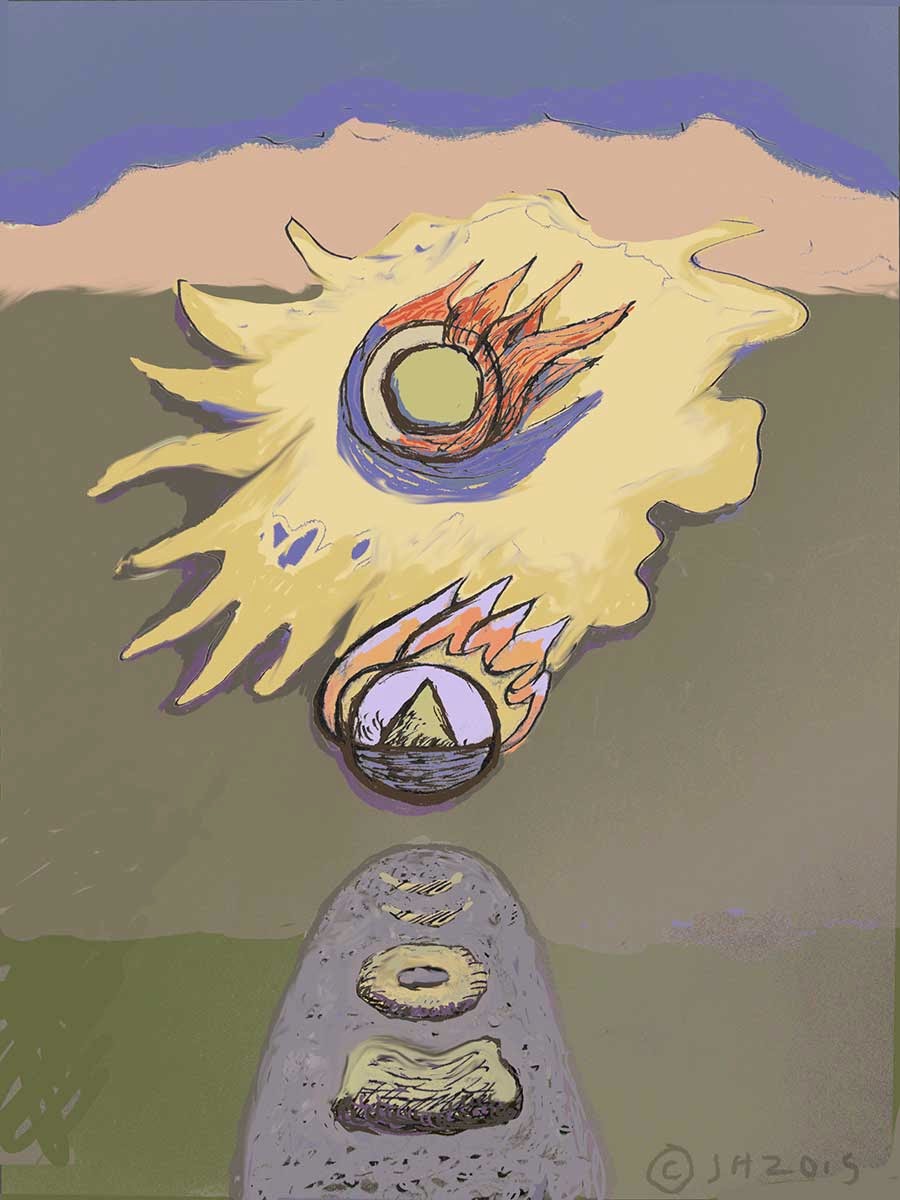 Posted by Lohbado at 4:52 PM No comments: 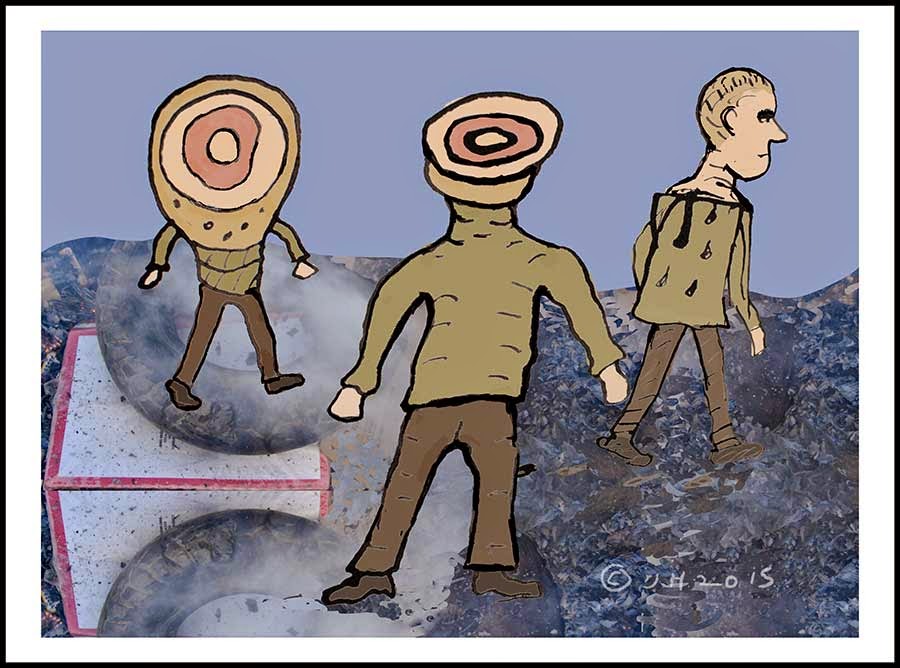 Lohbado's birth name was Peter Stumps. He changed his name during his late forties to Lohbado. His father was The Reverend Stonehenge Stumps, mother, Rosemary Stumps, grandfather, The Reverend Woodlot Stumps, grandmother Aida Stumps. It goes on and on, the family tree, right down to the roots. His grandfather Woodlot founded The Church of the Living Monument.
Posted by Lohbado at 7:22 AM No comments:

to explode with mixed emotions

Lohbado felt bloated from eating peanuts and yoghurt, which he bought at a small store next to a gas station at a crossroads of secondary highways on the Plains of Radiation. He felt both hungry and full. His legs felt cramped. Lohbado stopped the 1967 Chevrolet Impala, had a drink of water and decided to hike across an empty cow pasture to have a look at the river.

Posted by Lohbado at 9:54 AM No comments: 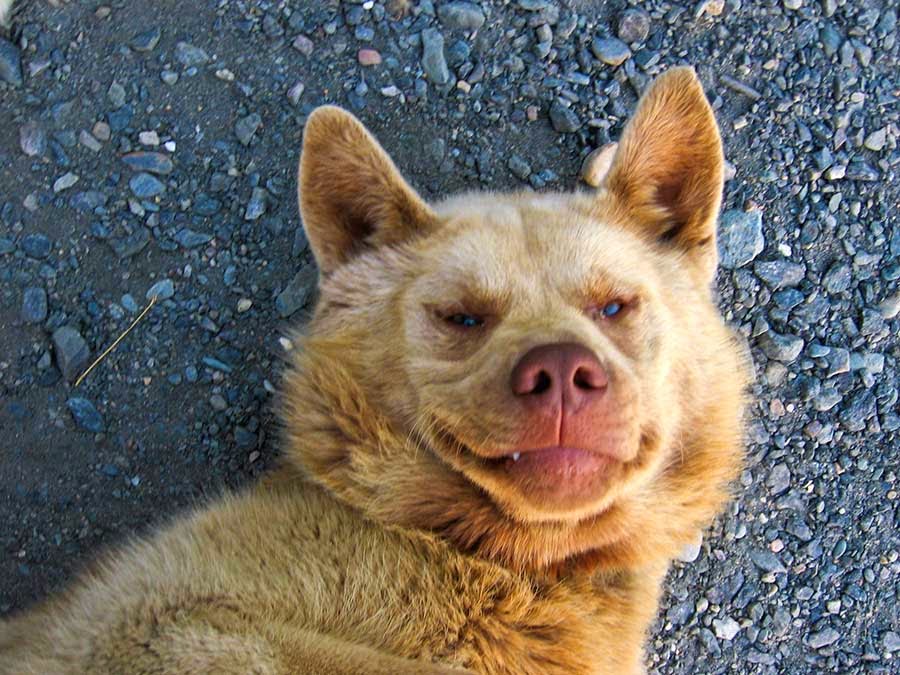 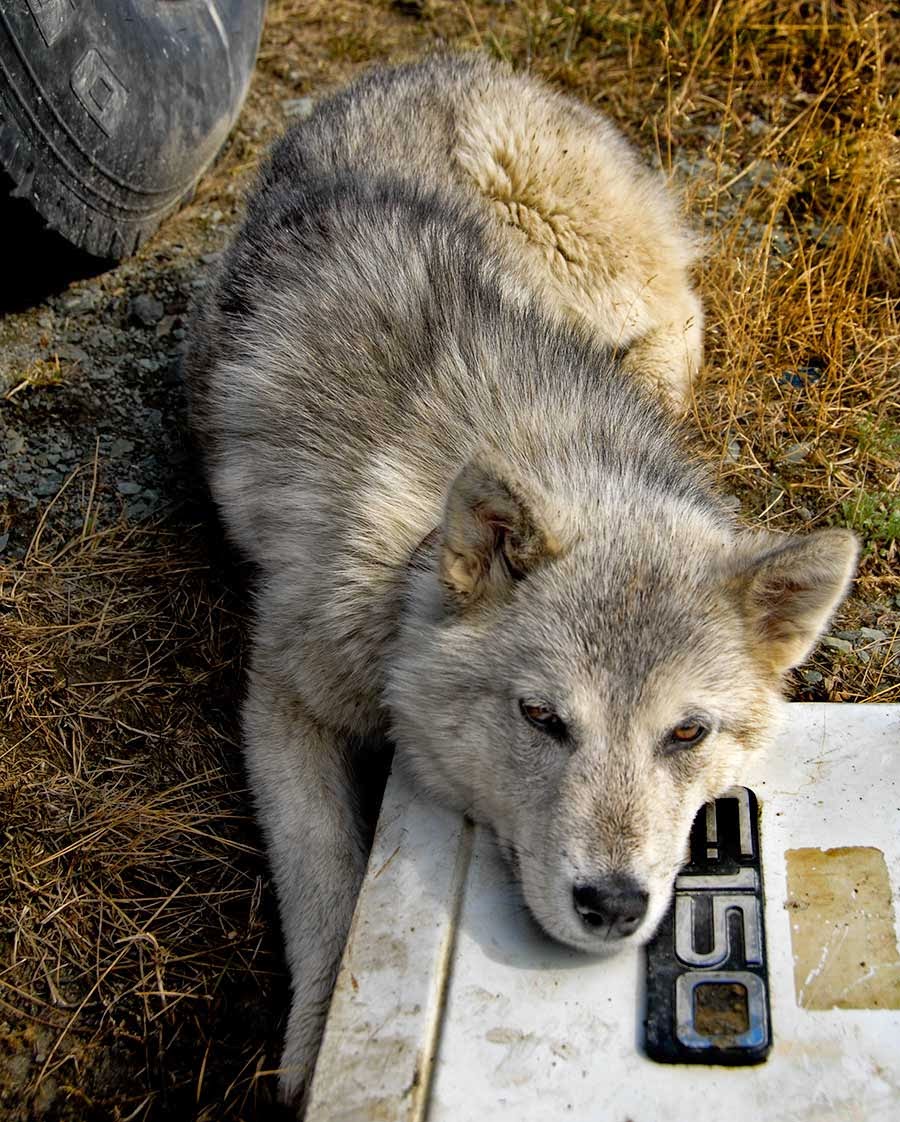 Lohbado took these photos several years ago in Kangirsuk, Nunavik.
Posted by Lohbado at 8:44 AM No comments: 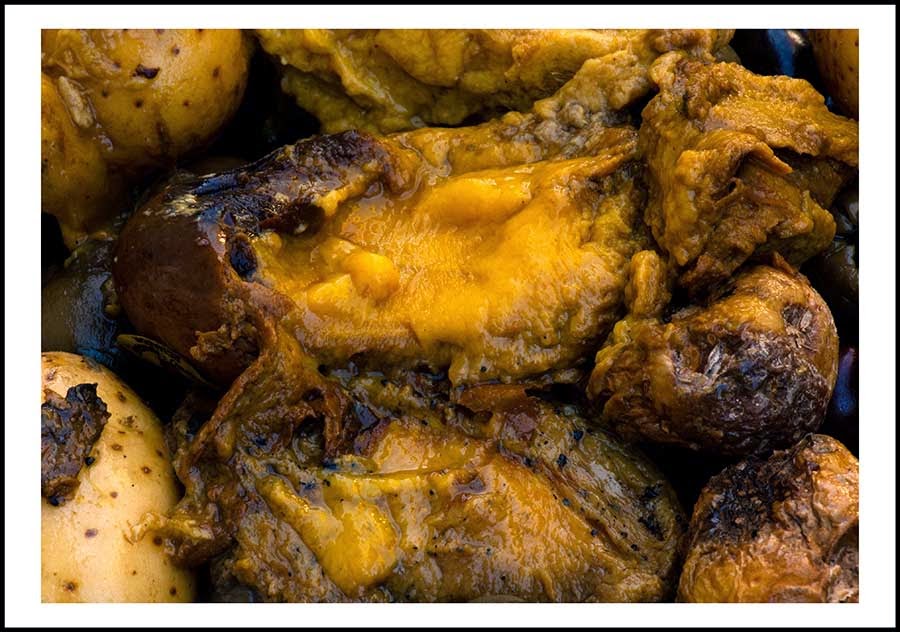 Primal ooze, moisture, digestion gave rise to the Oozmos. Visceral activity, scheming, relaxing, up and down of the wheel, good times, troublesome times, Lohbado was born as a result of his parents. The world was there before he was born and would continue after he died. Lohbado existed within various settings for a while. He had the illusion of being the centre of the universe, until he sat down to have a look at his body and mind and what was going on around him. Lohbado felt happy to be a temporary grain of sand, part of the infinite. In looking closely at his mind, he became mesmerized by the sheer strangeness and mystery of existence.
Posted by Lohbado at 10:53 AM No comments:

Lohbado barely made it out the door. Heavy parka, giant boots and hat, Lohbado staggered down the snowy sidewalk. Each winter became more difficult to endure. Lohbado realized he was entering the last phase of his mortal trajectory.

Somebody usually gets shot in cowboy movies. Dead bodies pile up in movies such as Good Bad and the Ugly or The Wild Bunch. Here's the Club Morono cowboy story corpse, dead as a doornail.
Posted by Lohbado at 1:00 PM No comments:

dreaming cowboy and his gun 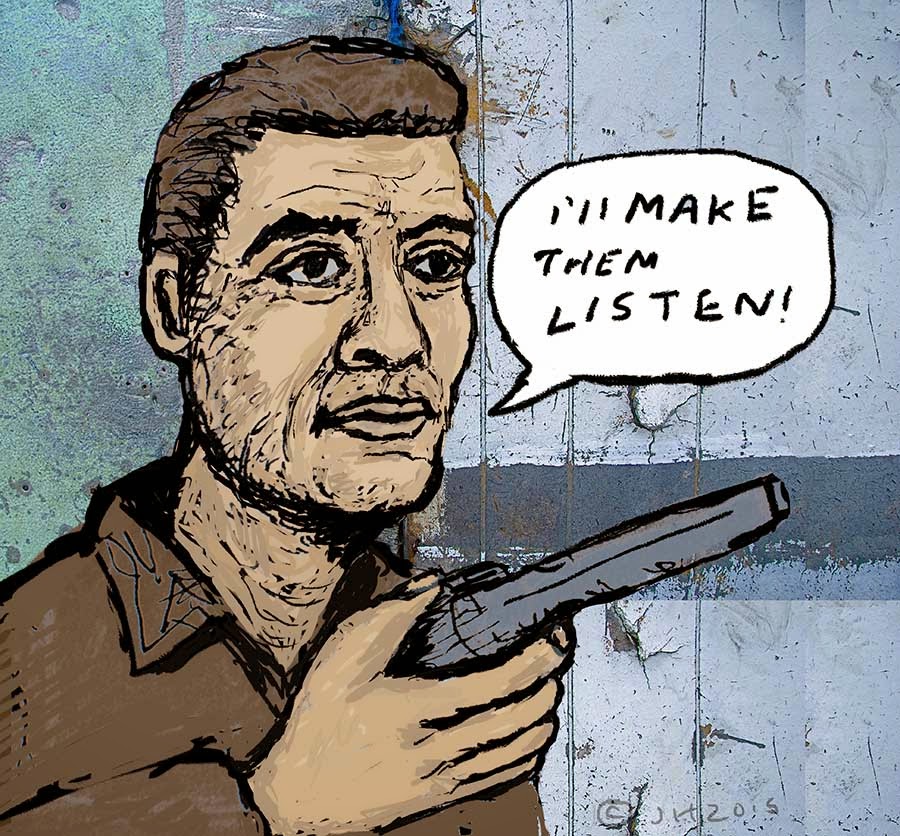 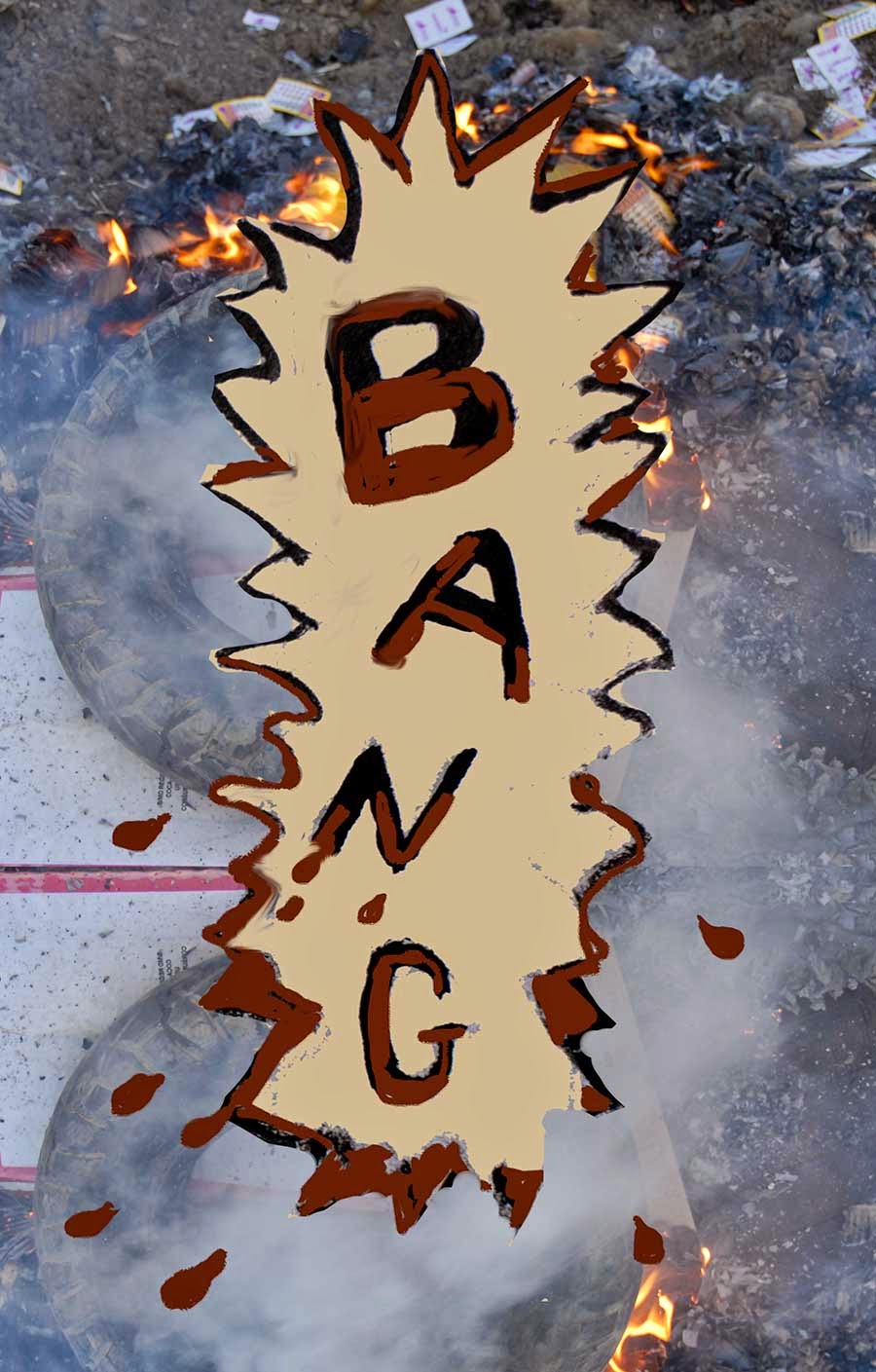 Al had trouble thinking things through. He couldn't imagine the future. He reacted to situations… a man of instinct, without planning… the shotgun approach, hit and miss. He had no plan on what to do once he got to town. All he knew was that he was going to town and he planned to say a few words. 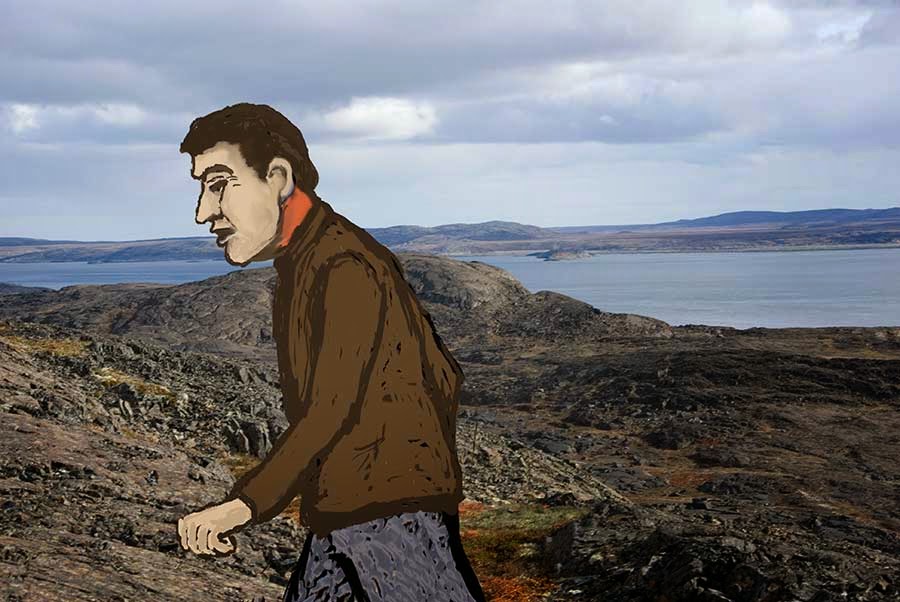 Dreaming Cowboy Al made up his mind to do it. Nothing would make him change his mind. He was tired of people who had no idea about right and wrong. He planned to set things straight. The time for talk was through. Al was a man of few words and quick decisive action. His neck burned red as he walked across the rugged rocky landscape.
Posted by Lohbado at 8:39 AM No comments:

lead up to murder

The rootin-tootin cowboy growled as he crossed the plains leading to town. This murder adventure is part of Cowboy Al's quest for the Holy Pitcher of Beer. He decided enough is enough. He got fed up with complications, how intellectuals deliberately make things hard to understand, how they pulled the wool over the eyes. Cowboy Al decided to set things straight, to call a spade a spade, to cut through endless examination of evidence, negotiation and strategizing. He couldn't wait to get to town and pull out his gun.
Posted by Lohbado at 11:12 AM No comments:

Frequency, pressure, vibration, open the mouth, passageways in the back of his throat led into the chambers of Lohbado's body. He felt transparent, a container full of various warm substances. Maybe some spray to unblock sinuses would help.
Posted by Lohbado at 5:07 PM No comments: 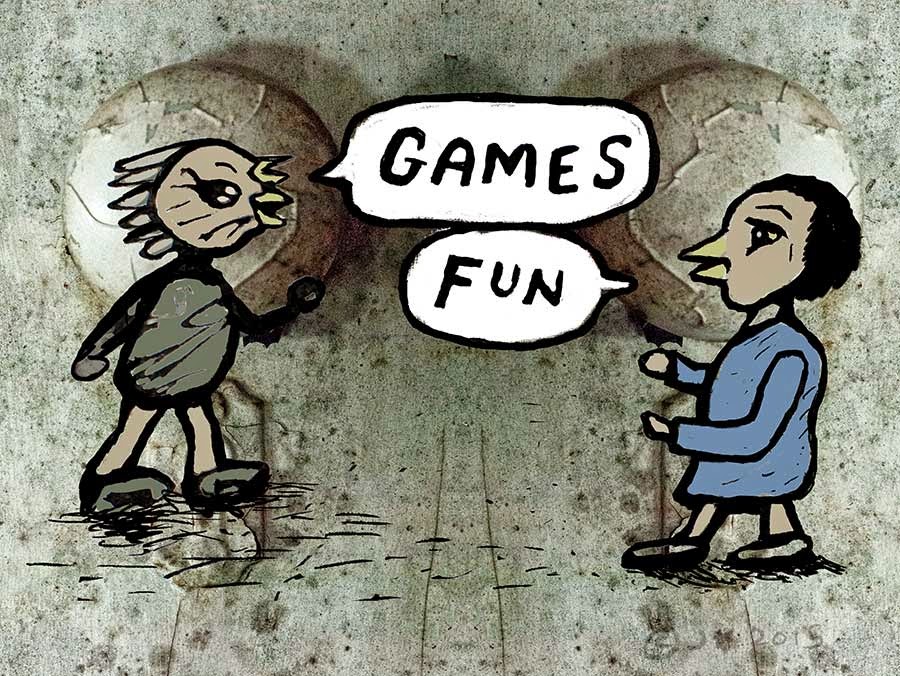 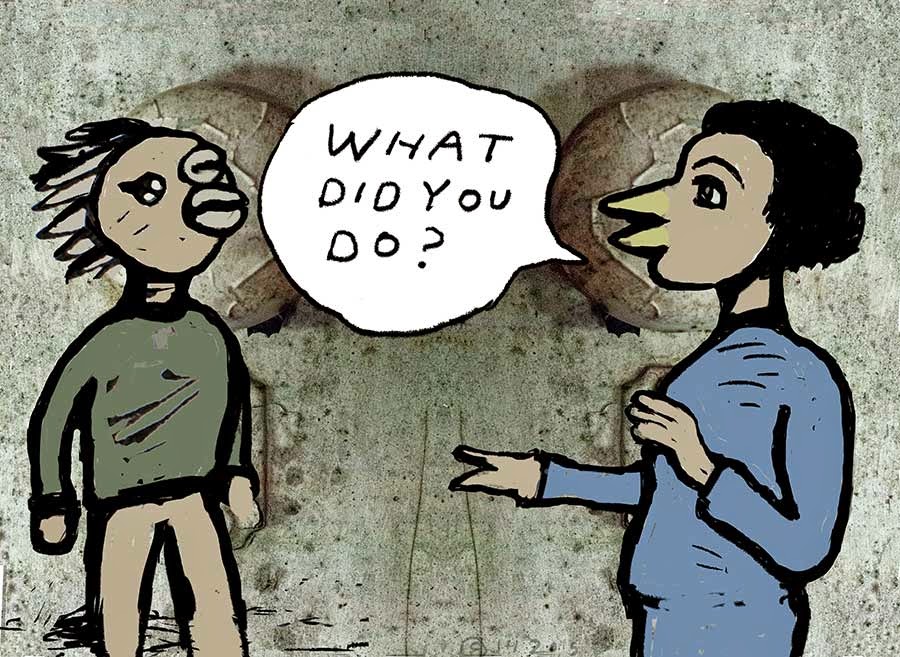 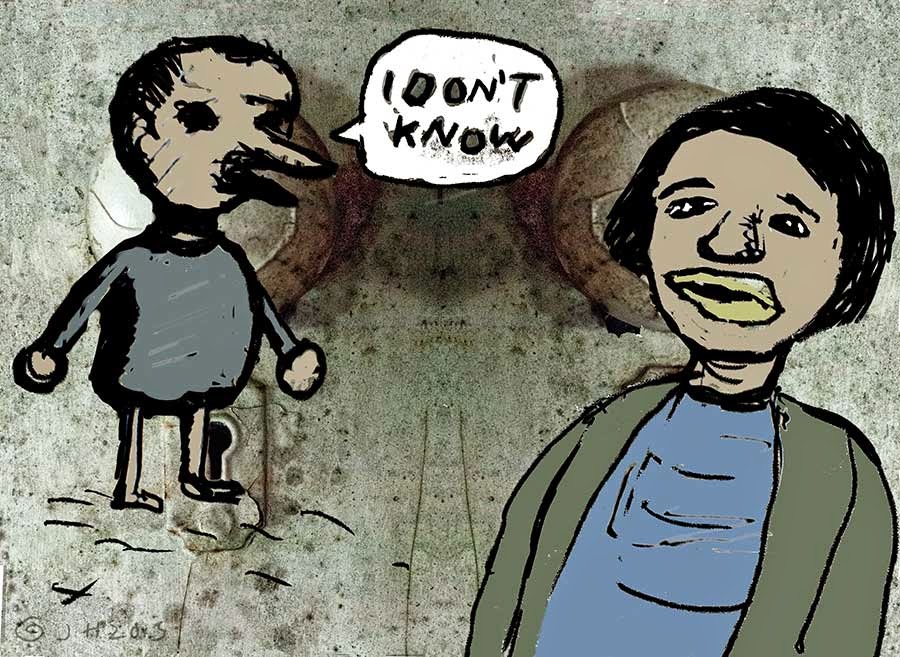 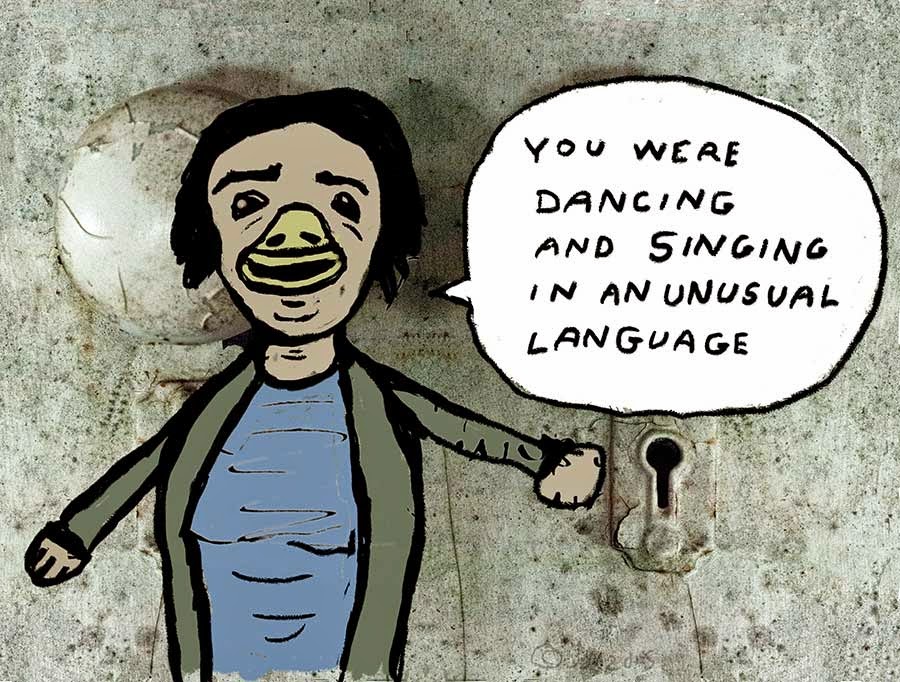 Posted by Lohbado at 9:32 AM No comments:

Too crazy to focus because his heart was beating too fast Lohbado, like millions of northerners, suffered cabin fever. Ice cold outside, Lohbado stayed indoors. In a few weeks, it would be not so cold. Then it would be nice to go out and walk around. He reached a point where just the thought of putting on the heavy parka and boots made him need to go lie down on the sofa and take a nap. Every year winter became a little more difficult to endure. Lohbado vowed to not run away. He took no vacation. He faced cold hell head on.
Read more »
Posted by Lohbado at 11:16 AM No comments:

Lohbado stayed with a young couple for a couple nights. Business wasn’t doing so well. They had a good set up, but not enough clients. The idea was good on paper, but didn’t translate well into money.

When Lohbado woke up, the windchill factor was very cold. The weather site said it felt like -35C. When it gets this cold, with the wind and all, Lohbado began to feel disembodied, like a space alien. He could see winter spirits dancing around in the blowing snow.
Posted by Lohbado at 11:41 AM No comments: 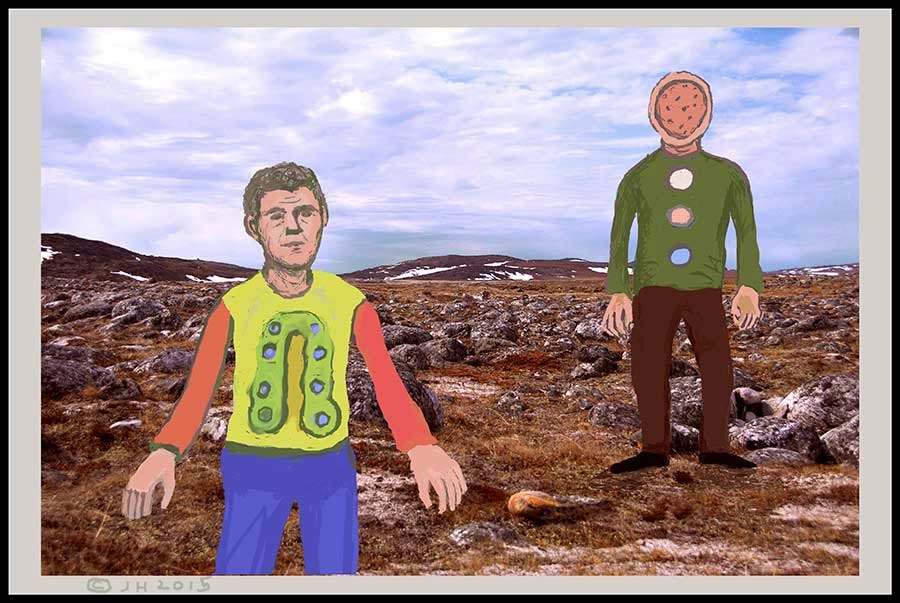 Lohbado is from an ancient spiritual tradition in which life is viewed as a journey from birth to death. Lohbado gravitated towards a few simple, but useful ideas to help him cope with the strangeness of existence.

Lohbado woke up super groggy. It's the pattern of February, when a lot of people wish it would hurry up and be spring. To stay focused, Lohbado made a picture.
Posted by Lohbado at 1:05 PM No comments:

Kind: slow to judge; patient enough to listen and to make an effort to understand. Understanding = compassion.

Reasonable: don’t be authoritarian or dogmatic. Everything is open to question. If it can’t be questioned, then it’s weak and vulnerable. Questioning involves contemplation, intelligence, reflection, clear seeing.
Read more »
Posted by Lohbado at 9:37 AM No comments: 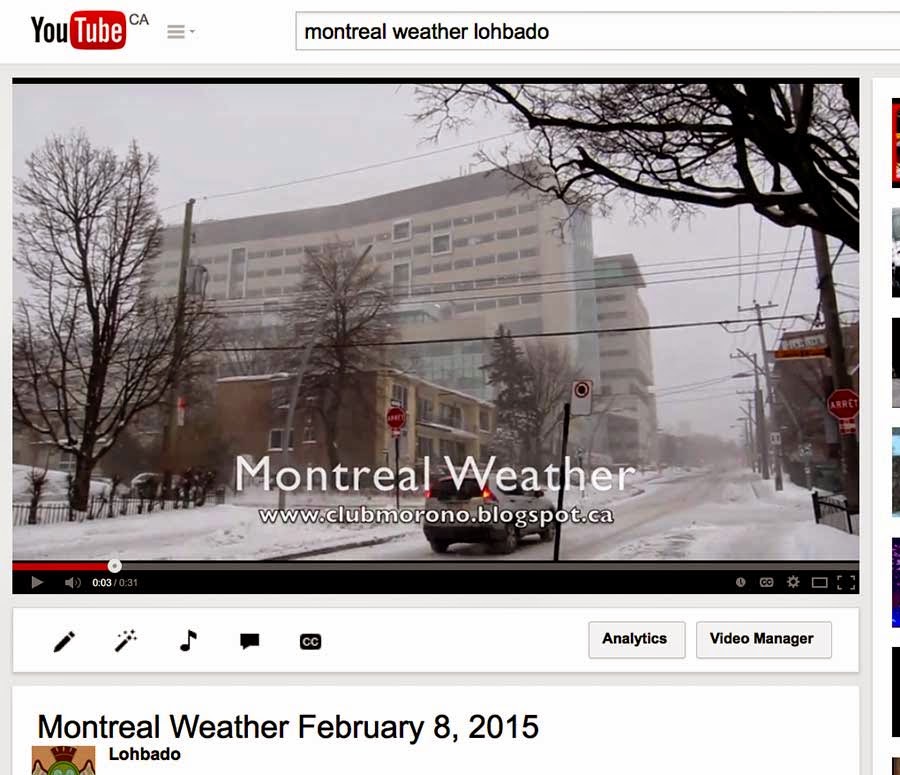 It was cold when Lohbado went for a walk this morning.
Posted by Lohbado at 2:11 PM No comments:

The ghost of grandmother appeared in Lohbado's dream. She invited him into her bedroom. She pulled him towards her. She felt too real to be a ghost. They did a slow waltz. She died in 1974. He knew she wasn't alive, even though in the dream, she felt as alive as he did. She told him to forget about time and to surrender to the dance.
Posted by Lohbado at 11:47 AM No comments:

Lohbado experienced a falling downward momentum in a dream. He stumbled down a dirt trail through long grass and wild flowers to a two-story wooden house in the bush, where his grandmother died in the early seventies. They found her frozen body on the floor, beside the cast iron wood stove in the kitchen, during February. 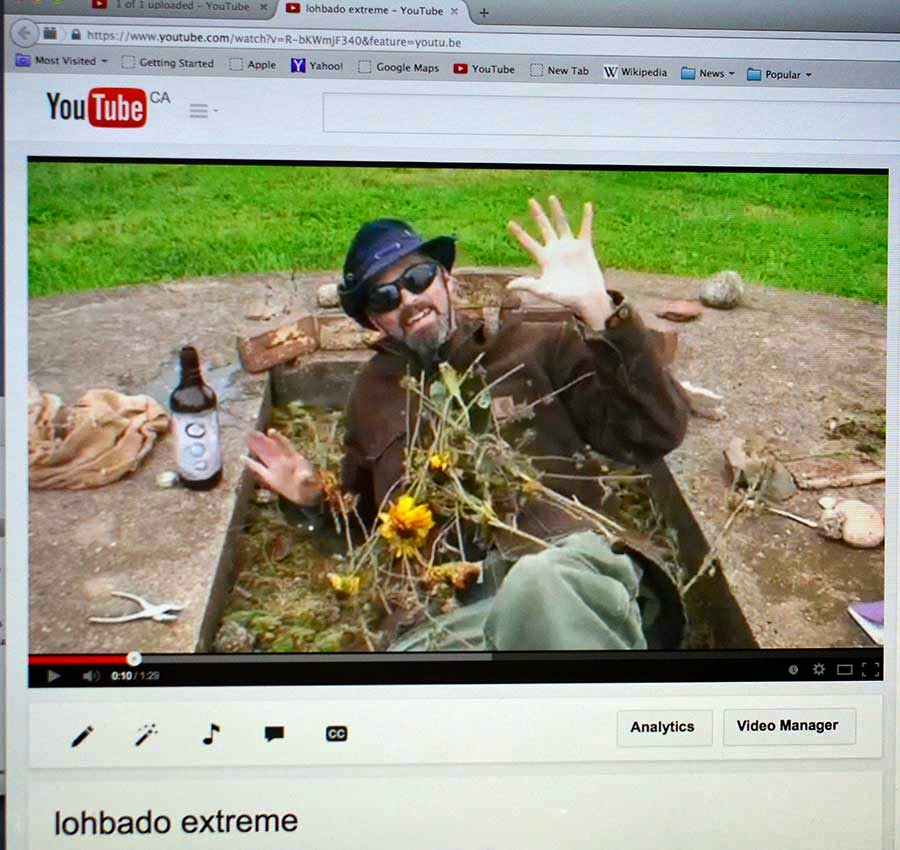 click on the picture to see a video of Lohbado's dream of Lohbado Extreme. The video features a Quebecois folk song sang by someone passing through during a party in Kangirsuk, Nunavik in about 2007.

Posted by Lohbado at 1:31 PM No comments:

Lohbado dreamed about walking an arctic road across a vast beautiful landscape. It's fantastic to be in the true wilderness, no bill boards, no freeways, no plazas and industrial clutter, no power lines. The only noise was the sound of the wind.
Posted by Lohbado at 10:31 AM No comments:


Flies got in to grandmother's kitchen through tiny holes in the screen door. Lohbado ate a bowl of ice cold rice pudding, then walked through the bush to an escarpment overlooking the lake. He sat on a granite cliff and watched the sun go down.
Posted by Lohbado at 4:25 PM No comments:

Lohbado walking home from the library Lohbado walking home from the library, it was cold. Click on the picture to watch the video.

Posted by Lohbado at 8:29 PM No comments:

One of Oogah's ten suggestions was to relax and enjoy the flowers along the way. Take a moment to enjoy the act of being alive.

Posted by Lohbado at 1:31 PM No comments: