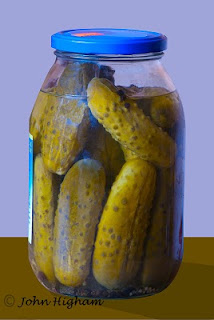 One night grandmother got really drunk. She stole her grandson's scooter and drove around the village, screaming and hollering in her nightgown. She tried to seduce a man in front of his wife. They slapped each other, pulled hair. Later her husband got angry.

She said: "Don't judge. There's a reason things are the way they are."


Drunk and wild, the confessions of Edgar, don't, don't, don't. Alcohol sometimes makes a man mean, aggressive and violent. I've seen it too many times. I'm telling you what happened to me. Don't turn to alcohol. Use religion or whatever non-destructive way you can imagine, but not booze.

After about fifty times in and out of detox, I met a man who also had a tough time. He said it might help to confess. Confess to a piece of paper. Pick up the pen and write to stay sane.

Very good. Middle aged man, alone, sits down to write. The mind blanks out and yet one is burning to communicate, to ease the pressure. I used to reach for the bottle to calm the nerves, but it only made things worse. Now, without protection, sit down with the mind, as is and deal with it.

Suddenly the basement apartment feels oppressive. The low ceiling pushes down and the walls close in.
It's hard to breathe. Fine, play a game with this. Pretend the pressure is somebody giving you a hug. If you have a lively imagination, call quietly to the great bear spirits of the rock hill, Oogah and Oorsis.These male and female spirits rock you in their arms. Feel the tension drain out of the body. The mind becomes peaceful.

Then let the pen take over. I started writing a memory of being in the Arctic, climbing a snow and ice covered rock hill in the dim light of December. It's about 30 below zero, but I'm wearing parka, down-filled snow pants, felt lined boots, huge mitts and a pair of glasses to block the wind.

Wind roars across the tundra and over the hill. Snow crystals burn the face. It's hard to keep the eyes open as a polar wind cuts one down. Tighten the parka. Find shelter behind a house-sized boulder. Gaze at the transparent streams of dry snow. Open your eyes and your mind to the vast space of northern wilderness. This is the great bear hug of Oogah and Oorsis.
Posted by Lohbado at 12:23 PM