relax and do nothing 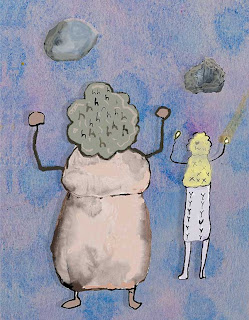 Massive unemployment became a long term phenomenon after the Apocalyptic War, as robots and computers made most jobs obsolete. Central Government found it more economically feasible to provide meager pensions for the long-term unemployed, or lost wanderers. The pensions were much cheaper than investing in make-work projects.


Once in a while, The Chief Nomroh provided Internet video addresses to the lost wanderers. They were lost in the sense that their skills or competencies were not in demand. Lohbado watched a recent video in which the Chief Nomroh suggested unemployed people would do best to relax. He spoke with a tone of conviction.

“There’s nothing to be done except relax,” began the Chief Nomroh, after the customary greeting, twinkle in the eye and little wave to the viewer, “Whatever you’re able to do, someone is already doing it. Your services aren’t needed. There’s nothing you can offer that isn’t already being received in surplus. At first, this might sound depressing. Take a moment to reflect.

“You’re in a precious situation. Because your actions, words and thoughts are unnecessary, you are therefore free to do nothing. It’s cheaper for the state to pay out meager pensions than to fund additional make-work projects. Huge parasitic departments have already been created, spawning trainers, workshop facilitators, data collectors, accountants and consultants. Core workers are bombarded and fed up with the useless advise of experts who know nothing, or who have no direct experience of what core workers are doing. These huge, inefficient, parasitic departments hinder production and are a huge waste of money. It’s cheaper to pay them a pension.

“For the first time since the Apocalyptic War, the number of unemployed is greater than the number of employed. This is actually better for the economy. It increases share-holder value and allows top administrators to continue to reward themselves for cost cutting austerity measures. They become immeasurably wealthy. You get freedom.

“You’re released from the work place, where one has to deal with competitive, scheming, back-stabbing colleagues or rude bosses or supervisors. You’re free to do as you please, within your means, as long as you don’t harm yourself or anyone else. The best way to stay out of trouble is to relax and get over the idea of trying to accomplish something. For centuries, people were conditioned into feeing they have to look busy or make themselves useful. Now the most useful thing you could do would be to relax.”

To demonstrate his belief and religious fervor, the Chief Nomroh folded his hands in front of his chest and rolled up his eyes, as if gazing towards heaven. Lohbado quit the video, put on his shoes and jacket and went for a long walk.