Lohbado in the alcove, more memoir 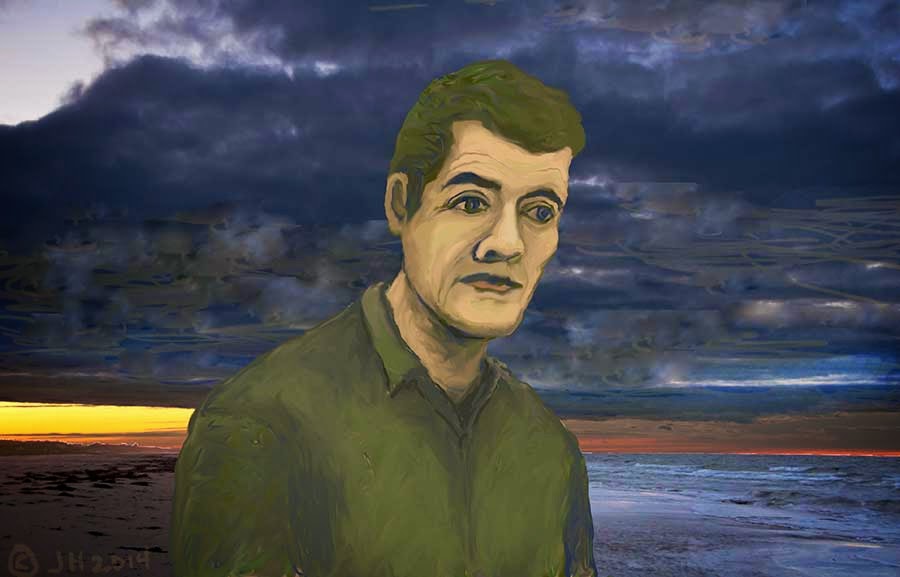 In 1977 Lohbado worked in the housekeeping department of a large hospital complex in Somewhereville. He remembered a brick alcove. Lohbado, in 2014, ate porridge for breakfast and remembered standing on the roof of an old unit, years ago, and gazing up at brick walls on two sides. He entered an alcove, brick walls on four sides, dazzling brick pattern. The back of Lohbado's neck hurt as he stared up the brick walls. The optic effect of pink brick and beige lines made him dizzy. The walls slowly turned, forming a cylinder. Lohbado gazed up the brick tunnel to the cool October sky. The thought of approaching winter made him shudder.

After waiting an hour for his buddy to buy a pocket sized bottle of rye whisky, Lohbado went inside to warm up. He hung his coat in the janitor closet and set off to wander the halls, corridors, passage ways, back stairwells and tunnels to other hospital buildings. He went to the geriatric ward, old people, some of them strapped in chairs, bent, drooping, drooling, trembling, arthritic claw hands, wrinkled fragile skin, puffy veins, melanomas, growths, a wide variety. The skin becomes a garden. Eye lines become harsh as eye brows sink lower and eyes cave into frog belly sockets. As a young man, Lohbado found it interesting.

At fifty-eight, lohbado began to take on the old appearance. Effect of age, Lohbado looked in the mirror after breakfast and remembered the old folks of the geriatric ward back in 1977. He remembered the boredom, oppressive. Time dragged. Ten minutes felt like an eternity in there. His work partner, a fifty-year old alcoholic, was shocked that an intelligent twentyone-year old with a B.A. degree in literature would be working as a janitor. Of course, he was right to be irritated. Ed never had a chance to go to university. Ed imagined that university would open the door to the good life.

Lohbado’s life felt good enough, not ideal, but tolerable. He appreciated the opportunity to become a professional student. After nine months of working at the hospital, Lohbado went to Lumpkins University to do graduate studies. Lohbado made a fresh pot of coffee and began day dreaming about his six years working in the desert, as a Push Button Expert.
Posted by Lohbado at 7:52 PM