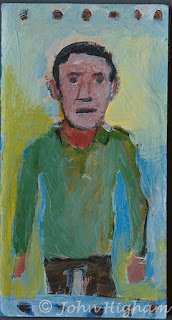 A cloud of toxic dust knocked him down. Lohbado collapsed on the Plains of Radiation, after stumbling through hot wind and burning red sand for nearly two weeks. He’d given up hope of ever finding the Valley of the Old, where one could live free from shock and surprise. Lohbado hoped to be accepted into the valley, where he would obtain the food he liked. Valley food left nothing to imagination, no unexpected surprises, no hot sauce or funky herbs and spices. Served at room temperature and with the consistency of tapioca pudding and the taste of saliva, it could be swallowed without chewing. It was easy to digest.