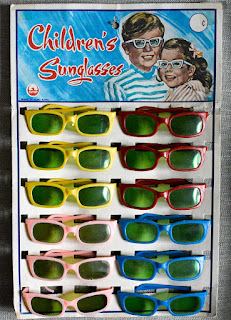 Lohbado remembered how as a child things felt fresh and magical. Walking down the street was an intriguing adventure. Everything felt so vivid and alive. He could talk to things and imagined them getting involved in the conversation. The world was filled with friendly sights and sounds in a festive celebration.
Then one gets beat up in the school of hard knocks, loses illusions, suffers unpleasant surprises, shocks, sickness, accident. Nobody gets off easy. It's foolish to envy anyone. So the magic gets lost. Life feels like a dreary grind of endless heartache and desolation. One eventually gets over the hill. As one slows down with age, one could rediscover the magic of childhood. The mundane world could spring to life again. The last phase of life, old age, could be fun, in spite of the aches and pains and the sadness of seeing friends and loved ones die.

The trick is to give yourself permission to enjoy. It's easy to be cynical, to think: "oh, that's just nonsense" and to dismiss everyday details as beneath one's sense of self-importance. But, as grandmother once said, "Who says you gotta stop playing or having fun?"

Lohbado smiled as he remembered the kind advice of his grandparents. They were old enough to have learned there is nothing to prove; nobody to impress. You'll never accomplish what you set out to do. So why not drop all ego-based projects? Stop telling life what to do and listen to what life has to say. Let the power of being take over, instead of trying to reduce, contain or classify it into some sort of template you picked up along the way.
Posted by Lohbado at 12:04 PM