The Day the Laptop Died 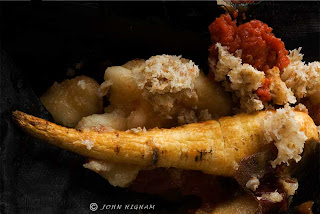 Choking, I got up at 4 AM, did a post on Dreaming Man, had breakfast and went for coffee down the street. Unpleasant physical symptoms often give rise to negative thoughts. The negative thoughts won't go away until I write down what they appear to be saying. They're like demons, wanting to be heard. I let them have their say and then they dissolve and my mind can relax and cheer up.
Grumbling thoughts rumble in the stomach, part of the digestive process. The mind goes through times of affliction and feels oppressed and then opens up again. Digestion, breathing, heart beat, expansion and contraction, in and out, intake and exhaust, depression and elation, affliction and equanimity that's the wheel of Lohbado.

The laptop computer died, so I got out pen and paper and wrote by hand. Back to the old days of handwriting, reach into the pocket. Can you tell by the feel which pen is old or which is new?


Early in the morning insomniacs, mentally ill, homeless, elderly and unemployed roam the fringe of consensus reality. A barefoot young man in shorts and tee shirt hunched forward, catatonic in a bus shelter as I passed by in the pouring rain. Freak out.


I hope he receives the help he needs, but fear he won't. Medicate, the miracle of modern medication proved on secondary effects controversial.  OK, I won't go into a flaky cheese pastry puff bursting with cream preaching. I won't type up what I wrote by hand in a notebook. It's too depressing. Sometimes the notebook is like tissue for blowing the mind.


On the way home from the coffee shop, I watched bubbles floating on the surface of puddles. A young woman gazed at the rain with delight as she hurried down the sidewalk. It cheered me up to see her bemused, somewhat playful response to the rain. Once the mind is cleared of negativity, it's quite magical sometimes.