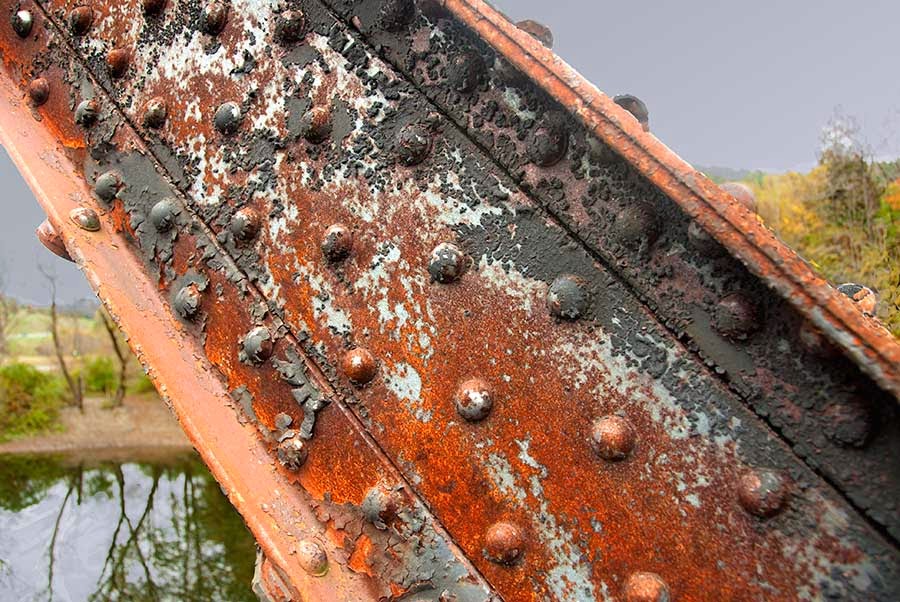 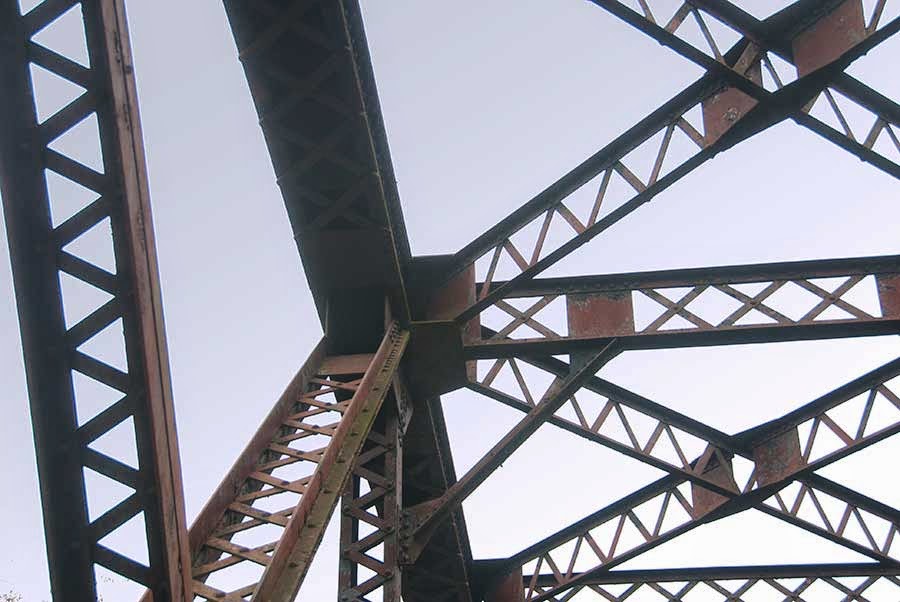 Lohbado contacted a virus, which developed into parasites, while crossing the Plains of Radiation. He awoke one morning, after sleeping under a rocky overhang, skin burning. Red patches and swellings itched from head to foot, another affliction, so be it. Lohbado squeezed cranberry and blue berry juice, mixed it with some mucous and mud and applied it to the swelling rashes on his lower back, shoulder blades, neck, chest, legs and arms. Little worms, about the length of a fingernail poked their heads out of his forehead. They nested in Lohbado’s frontal lobes.

He paused on a rusty cast iron trestle bridge and removed his shirt. A cool breeze soothed his skin. It felt good to expose his skin to ultraviolet light. Maybe the rays would kill the parasites. The virus and the parasites indicated Lohbado had made a tactile connection with the underworld.

Lohbado on the cast iron trestle bridge, a cool wind, his shirt off... if you don’t make friends with the parasites and peace with the virus, you’ll go crazy. AAAA gggrrrr... or make peace Cchhhaaa.
The father of parasites hid under an iron girder, inside the rivets. The parasites were the size of the dot on the letter “i” 12 point. The father was the size of the “i” stem. He ejaculated dot-sized bugs through the top of the small “i”. Maybe he resented being small. He dreamed of being capital “I” as in the subject ego I. Instead, he remained small “i” ... indeed!

Even with his shirt off the bugs kept biting. Each fresh bite stung and burned. Lohbado rubbed saliva on the bites.

A gust of wind carried sound from the trees just beyond the river bank. At first it was a white noise of foliage and wind rushing off the hills, plus bird twitter and animal sounds. Voices emerged. He couldn’t make out the meaning. He could almost understand. The voices used an English language type intonation and speech melody. For a while it sounded like monks chanting, but then became like people arguing, couples trying to communicate, or friends trying to explain themselves. Gradually Ohs and Ahs became audible, then with Ks, Ts and chks mixed in, plus mmmm, uh interludes.

“The voice of the Great Nomroh” said a voice in Lohbado’s head, “ It must be the shock and irritation of parasites and rash, plus cool wind and ultraviolet radiation.”

Lohbado was tempted to jump into the slow moving black water. A bend in the river slowed down the river as it flowed under the bridge. He gazed at the dark, oily surface, which reflected the brush covered river banks and the sky. He knew it would be insanity to dive into that toxic stew. Officials assured the public the sludge was not dangerous. Heavy metals and radiation levels were monitored.

Of course, nobody took reports seriously. The officials lacked credibility. They chuckled as if their lies were a sign of cleverness. The rivers, lakes and streams never recovered from toxic fallout of the Apocalyptic War. Due to austerity, nothing was done beyond collecting data and making recommendations. As a top official said: “It’s fine and dandy to talk about cleaning up the environment, but who’s going to pay for it?”

Suddenly, the sky clouded over. A dark cloud slowly took the shape of Satan, a bearded head with horns. Lohbado gazed at the train tracks on the bridge and saw a bizarre shadow, the number six inside a triangle, a shadow cast by the iron trelliswork above and rays of light slanting through the satan-shaped dark cloud.

Lohbado watched the branches of an oak tree flailing in a non-oak fashion. Tree branches moved like whips being swung back and forth. Lohbado’s head ached as the air pressure quickly changed and it began to rain, fat greasy wine-red rain.

The activity of the elements and the strange sensations of his body suggested the world was on the verge of receiving a new micro-civilization. Maybe the bugs would evolve and grow to the size of humans. Maybe they would develop abilities far surpassing anything humans had ever done before.
Posted by Lohbado at 11:18 PM