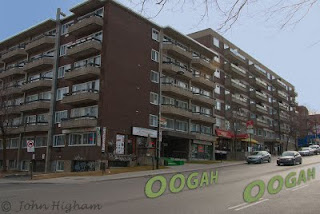 Slippery slope down hill provides opportunity to rise up and climb. Climb to the top of that hill, offering a view of what lies below. Lohbado neither could, nor should, be taken in all seriousness and yet, it’s no joke. Rising up as opposed to falling down, resist the pull of gravity. Let there be resurrection from the bed.
The disturbing factor of a personality resistant to definitive description and a character who could not be pinned down or appear in a serious light might, at a glance, baffle casual contact. To understand Lohbado and Club Morono, one would have to stop, look and listen.
Listening, in this incredibly busy world of time-saving devices and multitasking, is one of the greatest challenges of the twenty-first century. There’s too much pressure to say a lot, while saying very little. To speak or text anything other than the superficial would be considered bad form. After all, this is not about therapy, or dumping feelings. It’s about saying something in as few words and with as little meaning as possible. Get to the point of no point and don’t waste time. Time is being saved in order to invest in ways to save time. After hiding in humor for years, Lohbado painted a pink picture presenting Oogah, the great comic cosmic creator of golden pasts and funny futures.
Posted by Lohbado at 1:12 PM