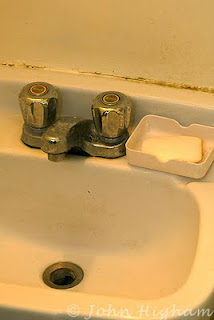 Normality subject to variation, read messages in signs and storefront lettering, messages within this one and only world, it depends what you mean by world. There were suggestions of alternate universes, but this is not fantasy. I’m talking about setting or milieu, for example, the world of Lohbado, the world of ice cream, the world of alphabet and so on. However, there’s really only one world and little settings or worlds within the one world. The Chief Nomroh asked me to make this clear, to avoid misunderstanding.
The Chief Nomroh is cosmic advisor within the Club Morono Tabernacle. He wears various costumes in order to enjoy a cup of coffee or a bottle of wine. He has no spiritual or psychic powers whatsoever. He’s a regular Joe or Jane. Men and women have equal opportunity in Club Morono. However, somebody has to lead the Morono Sessions. The Nomroh is the one who takes on the role. 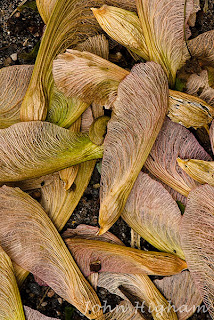 There may be life on other planets. I’m only concerned by sight and sound of this planet and the messages, variations and activities within the phenomenal world. For example, when I enter the bathroom to floss my teeth, the window opens into an alcove. Directly across the small alcove is the neighbor’s toilet. We could perform bodily functions and chat with each other. However, we’re discreet. We communicate with cough, burp, fumble, running water and various sounds, perhaps embarrassing to talk about in public. When I went in to floss, I heard a neighbor. A couple live next door, I sometimes hear them talking. Maybe they brush their teeth or take showers together.
I just heard the neighbor clear his throat and spit in the sink. As children, we called it hoarking. I found the word hoark in a slang dictionary. As school children, for us the word meant to cough up phlegm and to spit it out.
The neighbor is now hoarking, coughing and blowing his nose. He does that regularly. He coughs like a seal, and then bubbly sounds come from his chest and throat and then he makes a load, throat clearing sound followed by spit. Listening to such sounds is part of the experience of living in this apartment. I got over the grossed out feeling. It doesn’t bother me. It adds a human touch. Maybe a baby in its mother’s stomach hears a lot of rumbling sounds from various digestive or breathing processes. In this pungent, damp, rotting cave, one hears the sound of choking, suffocation, as well as pissing and farting.
Words or messages could be pieced together, or synthesized as one listens to sneeze or sees dust particles or skin flakes. In the bathroom cabinet is a tube of ointment, for sores, as analgesic, hot and cold cream, cleansing and lubricating ointment, antibiotic, uncle neurotic. There’s even a replica of Lohbado’s third eye on the shelf next to the toothpaste, not to mention the smooth, round piece of pink granite and the memory of fly strips in grandmother’s kitchen, to catch those flies that got in through a tear in the screen door and ended up dying on the pillow, yellow from years of head grease. The pillow still bears the imprint of someone’s head.
Grandmother’s pantry contained jars of holy bodily fluids of hermits, who lived in the desert and died of dehydration. She had an amulet of braided nostril hair and fingernails. She taught me to read messages in the clouds and in the trees. Wind blows foliage into word patterns. I heard trees pronounce the words “ointment” and “dream.”
Posted by Lohbado at 1:25 PM