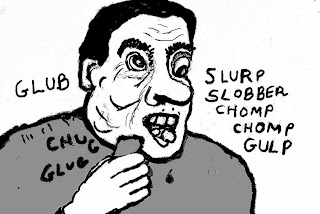 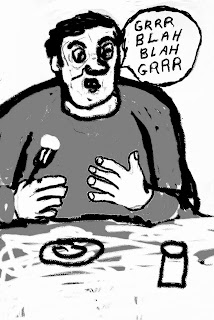 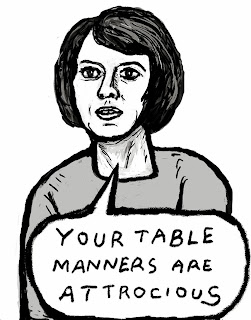 Lohbado's mother Rosemary often requested Lohbado's father Stonehenge to please not eat with his mouth open and to not slurp and slobber so much. Out of spite, to show his wife that he could eat like a dog if he chose to eat like a dog, Stonehenge ate like a cow. A cow is capable of making loud chewing, snorting, burping sounds while eating. Stonehenge felt good manners were pretentious. By eating like a dog or cow, he hoped to show her his feelings.

Rosemary wished she had never married Stonehenge. In those days, divorce held a heavy stigma. Stonehenge and Rosemary stayed together until death parted them.
Posted by Lohbado at 6:04 PM