the faculty of criticizing others 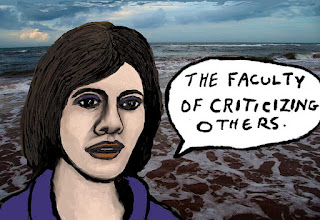 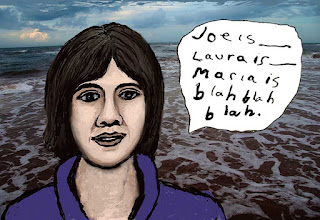 Maybe excessive badmouthing is a neurotic indulgence of the intellect. Intellect likes to analyze and tear things apart. Intellect is a tool that could enable one to solve problems, find better ways of doing things or to arrive at deeper understanding. However, to be harsh and critical, without tempering it with understanding or compassion  could be counterproductive. Just as one could learn to manage anger, one could also learn to control the impulse to criticize others. Instead of nasty commentary, he could make an effort to understand. He knew how it felt to be misunderstood and assaulted with moralistic gibber jabber. He knew others criticized him just like he criticized them. If he wanted them to have mercy, he could begin by having mercy towards them.

Deal with the turmoil in your own mind before setting yourself up as an authority on what's wrong with everyone else, Lohbado told himself. Who are you anyway? What is the source of your certainty or moral expertise? Did some godlike force empower you with the right to judge others? Let the one without sin cast the first stone. Forgive if you wish to be forgiven.  To be human is to have foibles.

Have a sense of humour. Eccentricity or deviation adds character. Of course, there's something to be said for keeping one's nose to the grindstone. Slow and steady wins the race. Routine could prove efficient. There's also something to be said for spontaneity. One could strike a balance between not being uptight but not getting lost in agitated, chaotic states of mind or sinking into dogmatic dullness and lack of imagination. One can never be too safe. At the same time, don't be too timid or you might miss opportunity to enjoy a refreshing change or stumble into new discoveries.
Posted by Lohbado at 10:06 PM