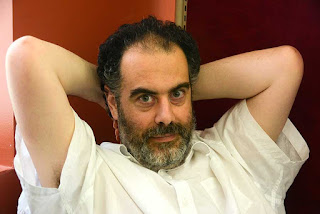 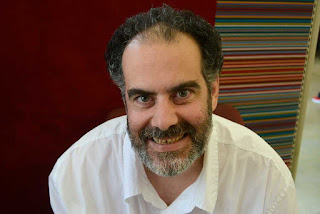 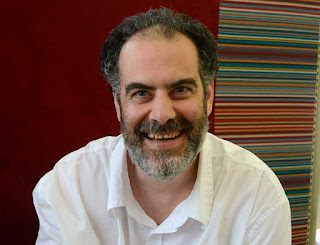 Routine, ritual, to repeat an activity at regular intervals, to take a photo of a friend about once a month or seated in a chair, where he volunteers as a receptionist, it’s a friendly interaction. Smile. Look this way. Click.
This writeup is influenced by Difference and Repetition, by Gilles Deleuze.

Same old thing, same person, same place, same pose and yet it’s a different moment. It’s like that with life, a constant repetition within a structured, yet changing world. Every day one wakes up to the world, yet each morning the world is different. Things never stop happening. While people in one hemisphere sleep, people in another hemisphere are a buzz of activity.

At a glance, things appear solid. If one looks closely, everything is in a state of change, from one instant to the next. Immediate change is less noticeable than change over a longer period of time. Look at a photo of yourself from a year or two ago and you’re likely to notice how you’ve aged.

So instead of groaning at routine, one could view each moment as a fresh vivid event. At a glance it might look like the same old story, but if you pay attention, you will notice differences. The instant could open into infinite and profound richness and possibility.
Posted by Lohbado at 11:25 AM