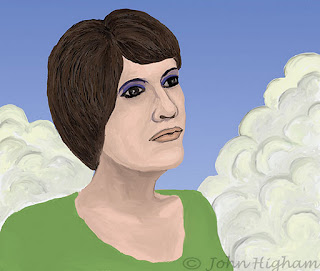 Zed slipped and fell flat on his back. Ice rain had turned the parking lot into a skating rink. Zed wasn’t drunk. He’d been drinking soda, not alcohol.
Zed brushed ice crystals off his legs and the seat of his pants. He hoped nobody saw him fall. Embarrassed, he walked slowly, sliding his feet, to the Dodge Caravan, parked near the middle of the lot. He had to jiggle the key to get it into the lock, which was already beginning to ice up. The door popped open. Sheets of freshly formed ice tumbled from around the door. Zed started up the van, turned defrost on high. He searched around for the ice scraper and groaned.  He’d forgotten the ice scraper in his Ford Focus at home. Zed took an Air Miles card from his wallet to scrape ice off the windshield.
A few minutes later, he backed up the van and got it straightened around. All he had to do was get it out on to the freshly salted street. Zed gently touched the gas. The van slid sideways and into the rear bumper of a pickup truck. Zed screamed. His arm nearly got wrenched out of the socket when he slipped while getting out of the van to have a look at the damage. He steadied himself and slowly edged to the front of the van. The truck had knocked out a right signal light. The pickup truck was unharmed.
Zed cursed the weather, cursed the van, cursed the Bull’s Blood Tavern and Lohbado for inviting him there. He cursed the day he was born. Zed tore the baseball cap off his head, threw it on the ground and stomped on it, nearly falling down in the process. Zed’s rage intensified as Jane Wormsly appeared on the sidewalk at the far end of the parking lot. She wore a nylon parka and hiking boots. She snickered at the spectacle of Zed’s rage, which she witnessed after coming out of the pharmacy to call a taxi to take her home. She approached Zed to find out if he was OK.
Zed immediately felt silly. The elegant woman, about forty-five years old, had seen him lose his cool. A damaged signal light was not the end of the world. But it did mean a couple hundred dollars. No need to report the accident. He’d get it fixed the next day at John’s Garage.
“Sorry. I just about reached the end of my wits,” Zed explained to Jane.
Any type of aberrant behavior or minor mishap was of interest to Dr. Jane Wormsly, helminthologist, or worm specialist. Her years in helminthology deepened her understanding of the worm/brain connection. She loved nothing more than to talk micro-biology, how parasites wormed throughout the system and sometimes collided, or coagulated into nodule points, writhing, wriggling mass in dancing pulsation.
“Wriggling pulsation is awe inspiring,” said Jane, “It’s the cosmic dance, interconnected life forms. If one worm refused to do its part, the whole structure would collapse. Of course, nature accounts for malingering worms by ensuring a plentiful supply, the shotgun approach. Throw enough worms at the problem until the problem goes away.”
Lohbado emerged from the bar as Zed and Jane continued their discussion. Zed and Lohbado were ex-trainers from the Dome. They had both worked for the Department of Standardization in the Cha Region of the Poh Valley in the State Secret Desert. The department hired Lohbado after his family got wiped out at a wedding celebration during a preemptive strike ten years ago. That’s one reason they hired him, even though he was technically not qualified. He did have a graduate degree in philosophy from Lumpkins University. He received a doctoral degree on condition that he made changes to his argument, under the supervision of Dr. Dhoo. Lohbado was an embarrassment to the department. However, he represented money. Each student brought funding to the department. Lohbado looked more like a moron than a scholar. His long, bird-like body did not inspire respect. His body was not sexy. That’s one reason he went into philosophy. He felt uncomfortable in such a body and couldn’t bear to look at his face in the mirror.
Lohbado eventually grew out of such adolescent concerns. He saw radiated bodies boil from the inside out. He saw a man’s intestines ooze through the abdominal wall and gray, cauliflower jelly fall out the top of a man’s head. The horrors of war transformed his way of viewing the human body. During the war, Lohbado and Zed drove ambulances and did removals.
Lohbado met Zed by chance, ten years later, in the Dome, where they worked for the OOO people, a group of top administrators and bankers partly responsible for the Apocalyptic War. The OOO created the Dome as their hide away community during the nuclear disaster. Zed was one of the few Dome workers who owned a Zippercraft. To own such a vehicle was a priority for Zed. His salary went into that expensive machine, capable of zipping across desert sand at high speeds, up dunes and over rock hills.
Zed gave Lohbado a ride on the Zippercraft, to a prehistoric temple unearthed by a bunker-buster missile. The ancient temple was made out of sandstone and contained a perfectly preserved skeleton in a linen gown, embroidered with gold stars and sun rays. During the decade of chaos after the war, authorities weren’t interested in cultural or historical sites. They followed a philosophy of spilled blood and destruction that went back to the days of burn, pillage and raze to the ground. Don’t leave one stone on another. The temple stood on top of exposed rock, the tip of the iceberg. A civilization lay below the and, waiting to be excavated.
Lohbado smiled to see Jane, unexpectedly. After Zed carefully parked the van again, the three of them piled into a taxi. The taxi dropped Zed off at home. Lohbado went home with Jane.
Posted by Lohbado at 4:16 PM