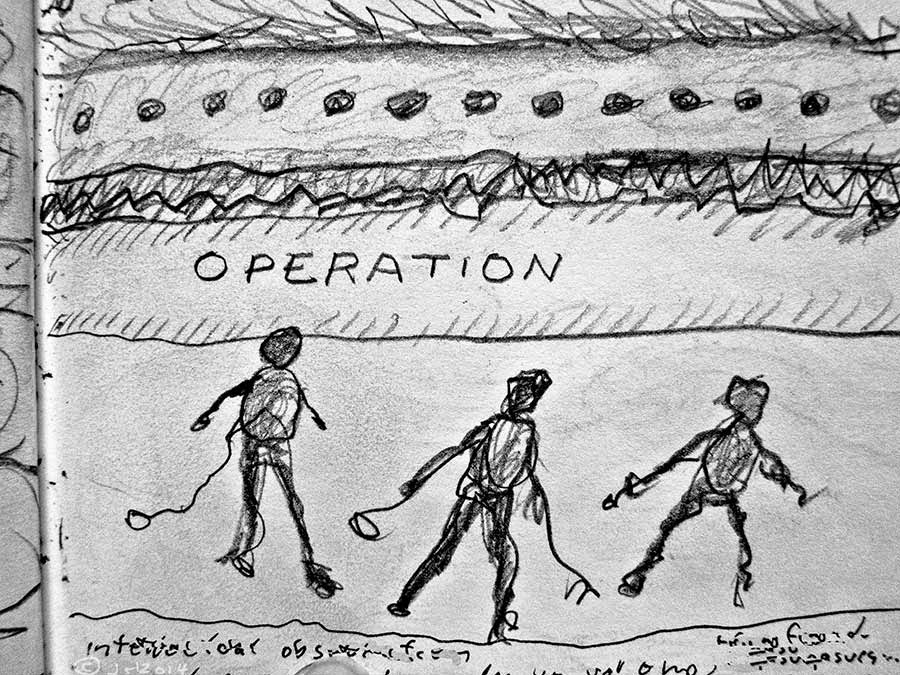 The mind has outbreaks of negative discursiveness. There’s a faculty of mind devoted to criticizing oneself and others. This makes it difficult for people to get along. There’s always a level of tension, or potential for conflict. Endless critical chatter doesn’t mean one doesn’t like people. It just happens, like water dripping endlessly. Microscopic creatures wander through the brain. Some wear a bell to warn of contagious disease. There are now over 80 cases of Ebola virus in Guinea.

It's helpful to distinguish between the negative stream of chatter in one's consciousness as opposed to the actual state of things. If one took the chatter seriously, there's the danger of doing an injustice to others, of projecting negative ideas on to them. Is the problem in the person and in the world, or is the problem in one's mind? Maybe it's a little of both. If a person is coming at you with a knife, then definitely that's an outer problem. But if you start building negative theories about your friend or companion, that's an inner problem, or maybe both.
Posted by Lohbado at 10:46 AM