falling on the Plains of Radiation 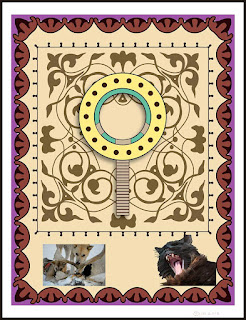 On the Plains of Radiation after the Apocalyptic War, Lohbado underwent baptism. He woke up groggy, after sleeping on gravel. His shoulders and hips ached from a night on hard ground. He cooked oatmeal over a small one-burner white gas stove. He threw in raisins and sunflower seeds, plus some cranberries he picked along the way.

Half an hour later, he was huffing and puffing across a field of rubble, gravel and boulders. He stepped on a flat rock. The rock tipped. Lohbado plunged head first to the ground. A strap from his backpack caught on the tip of a rock and reduced the impact of the fall. Lohbado could have been knocked out cold. On the plains, such accidents could have fatal consequences. One was far from help. Between the destruction of one civilization and the beginning of another, the medical system had collapsed. Clinics and hospitals were under construction. However, due to insufficient funding, reconstruction was slow.

In addition to being far from help, an injured person became vulnerable to packs of wild dogs or feral cats. One had to be careful when entering abandoned buildings to make sure they weren’t cat colonies or clowders. Wild dogs had been known to kill and eat weak, injured or dying humans. Lohbado knew of one man, Lou, who got so drunk one night, he could hardly stand up. He insisted on going home alone. He collapsed in a ravine. They found him a week later, his torso, arms and legs had been consumed. Ravens joined in the feast. Sometimes wolves came along. Bears were nearly extinct.

The cats could be even more dangerous than the dogs, because they were so unpredictable. During the early days after the war, wild dogs and cats were standard survival food. Livestock didn’t do so well. The offspring had deformities and grotesque mutations from exposure to high levels of radiation. Beef steak was mostly consumed by those who could afford it, people like top administrators or military leaders and staff. Regular folk ate whatever was available, including mice and rats. Some even ate humans. Human meat had to be well cooked to kill harmful microorganisms.

The rule of thumb regarding cats... when a cat starts to howl or hiss, stay away. A group of cats sometimes would emit unworldly sounds. Hissing was the final warning. Lohbado once saw cats leap and bring down a six foot drunken man who tried to shoo cats out of a house. Cats had a way of taking over houses. Dogs prefers to run loose, to sleep under the stars. You could smell cat houses from a distance. If you approach a house reeking of hormone, urine and feces, stay away. The odor is much worse than the skink of wet dog that rolled on a rotting corpse. Dogs loved that funky perfume of viscera.

Lohbado plunged face first to the ground as the flat rock tipped underfoot. He sat up with a bleeding nose and a gash on an eye brow from where his glasses were mashed into his face. One lens was cracked beyond use. Lohbado had no choice but to wear reading glasses, or no glasses at all until he reached a community with an eye glass shop. There were plenty of eye stores in the city, since many people’s senses had been damaged during the bombardment and the ensuing nuclear storms of nuclear winter.

Lohbado could see a short distance with the reading glasses. Unfortunately, the prescription wasn’t ideal. One lens provided clear focus, while the other blurred. This created a dizzying pressure in Lohbado’s eyes. He tried walking without glasses. That was too dangerous. The rubble was unstable. It was essential to see where to put each foot, to test the ground before placing one’s weight. Walking across a boulder field was an arduous task, requiring a lot of patience.