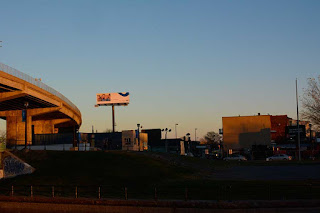 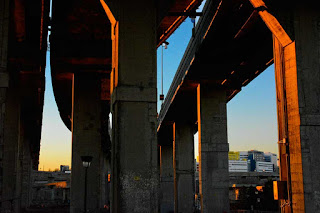 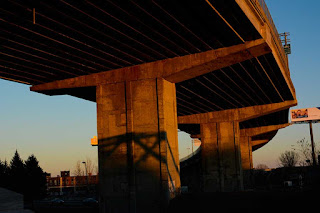 A loud thumping car stereo woke Lohbado at 5:30 AM. The beat sounded like machine gun fire. He woke up in a sweat, his heart beating wildly. He gazed through the blinds and saw a man standing on the sidewalk in front of Lohbado’s apartment. The car stereo thumped for about five minutes then stopped. The car went away. Lohbado got up. The aggressive beat brought back unpleasant memories. His mind was tormented with negative thinking.

As an old man, Lohbado learned to avoid people, since people meant rudeness, danger or aggression. He used to paint pictures. People would get annoyed. At one exhibit in a shopping mall, people insulted him. He was shocked that supposedly civilized people would talk to him in such a crude manner. He appreciated the education. He once asked Joe outside the library why he felt people get angry at contemporary art.

Joe told Lohbado he was an idiot and walked away. Lohbado hoped he would never see Joe again. He reflected on the situation. A tension exists between a desire to stake out and protect a territory, to keep things regulated, secure, predictable and the desire to go further, to explore, to learn. New knowledge or experience forces one to modify what one has learned. To understand new experience would require an effort.

Lohbado felt malaise. He knew it was time to go out. He loaded up his bike with notebook, camera, bottles of water, coffee and a picnic lunch. For about the first half hour of riding, unpleasant memories polluted his mind. He had flash backs to when he was mobbed at work. One of the agents used to go to the boss’s office every morning, before the other workers arrived. Somehow she managed to have control over the boss. He trusted her, as if she had some sort of power. He thought if he listened to her and followed her advice, it would help him keep the staff under control. It never occurred to him that one should always verify one’s source of information. The boss didn't make the effort to become properly informed or to undertake a little critical thinking. Helen provided Graham with a convenient briefing each morning about who was doing what. On the top of her list of hated people was Lohbado.

Ok... enough! This is the kind of thinking that sometimes surged in his mind, endless useless chatter. Such chatter benefits nobody. The moral of the story is be careful who you talk to. A person might seem friendly, when in fact the person is seething with bitterness and envy. The person is looking for a chance to hurt you. Stop! Lohbado didn’t enjoy thinking these thoughts. He kept pedalling. It soothed his mind to watch the pavement, especially on the bike paths. The pavement was like a kind of moving sequence of cracks, tar lines, mounds, bumps, stains, random pieces of metal, wood, trash and pot holes.

Lohbado reached the canal and pulled up beside a picnic table. He shouted stop! Do not let toxic memories or poisonous thoughts obscure the mind. What is done is done. One can’t change the past. Punishment is futile.

An old cyclist stopped beside Lohbado, pulled out a sack of white bread and fed the seagulls. Lohbado was going to say hello, but the man was shy and so was Lohbado. They said nothing. After the man left, Lohbado listened to dried leaves rattle as the wind blew them across the ground. Copper and gold leaves rattled on tree branches. He thought of the Dance of Death, skeletons dancing and shaking bone rattles. He gazed towards the horizon. Vehicles on the freeway, on viaducts added to the roar of white noise. Warehouses and old factories between the canal and freeway were being turned into condos.