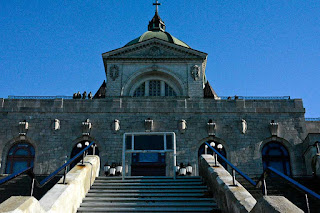 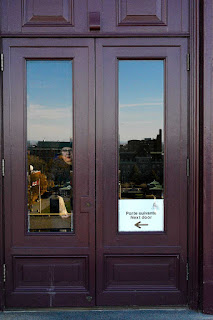 A particular self or set of characteristics occurs as a momentary expression of the infinite. Universal being is a way of saying everything is. Everything exists. If something didn’t exist, it wouldn’t be a thing and it would never occur to anyone to mention or even think about such a thing, unless it exists.

The set of characteristics designated as the self constantly changes from birth to death. One day this body will be a corpse. The corpse is, or exists, as a corpse which decomposes and eventually becomes dust.

Lord have mercy! When Lohbado reached the large sanctuary at the top of the basilica, a choir was singing Kyrie eleison, which means Lord have mercy! It’s the opening of the mass. In Lohbado’s mind, it evoked the pain of existence. As Samuel Beckett wrote at the end of The Unnamable: “... you must go on, I can’t go on, I’ll go on.”

Lord have mercy! This could be an expression of sorrow and pain, of someone forced to exist because one happened to have been born. Do the best you can. No choice. Sink or swim. Go on a pilgrimage. Crawl up a long set of stairs. Whip yourself. Wear a hair shirt. Lock yourself in a room and pray... the varieties of religious experience.

If you’re lucky enough to have been born with a cheerful brain cocktail, this likely won’t make sense. If you find each day a challenge... Lord have mercy! The problem occurs within one’s self. If there’s a way to transcend self, to tune into the larger picture, that could make things more bearable.

A key to cheering up is to go beyond self. Self is a limited occurrence within the infinite. Tune into infinite sight, sound, ideas... like when you’re in the dentist chair, visualize a rose. The beautiful flower soothes the mind and leads it beyond immediate discomfort. One could always sit quietly and gaze at a brick wall, at shop windows, at traffic, trees or the sky.

Crawl up the stairs. Eventually one reaches the top. After so much effort to get there, heave a sigh of relief and enjoy the panoramic view. Any time during the effort of going through a day, one could pause, sigh and become aware of infinite nature.

Lohbado arrived in time for a Sunday concert at Saint Joseph's Oratory, a performance of Bach organ music and the first three moments of Bruckner's Mass no. 2 in E minor performed by the Choeur classique de Montréal under the direction of Louis Lavigeur. Aude Heurtematt did a fabulous rendition of Bach's prelude and fuge in C minor, plus a choral BWV 709.
Posted by Lohbado at 10:33 AM