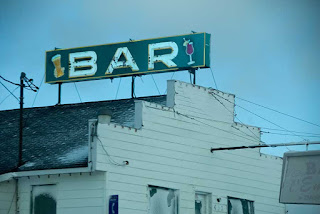 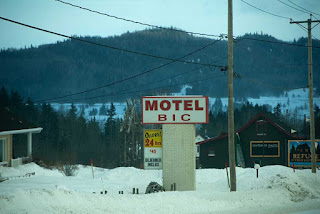 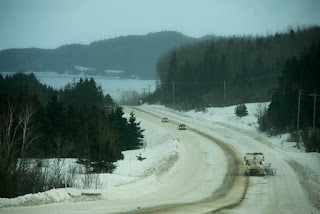 Photos taken during a late winter drive into Gaspe about ten years ago, snow covered roads, drive safely. It's strange, the old tradition of bars in small communities along the highway. Drinking and driving is dangerous. Lohbado remembered back in the seventies, working on a farm. One could drive to bars, get drunk and drive home. Sometimes Lohbado was the designated driver. He could have one beer and that was about it. Those remote highways weren't heavily travelled and could seem safe. Once in a while a nasty accident with fatalities occurred.
Posted by Lohbado at 10:13 AM