a cultural outing with Michael Waterman 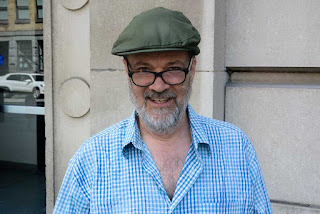 Michael Waterman an artist friend who now lives in St. John's met Lohbado for a cultural afternoon and evening in Montreal. They began by visiting a video exhibit, the work of Ed Atkins: Modern Piano Music at DHC/Art Foundation pour l'art contemporain. After they enjoyed stimulating conversation about creativity and existence. more photos and text below the jump

The creative process often involves destabilization or venturing beyond comfort, beyond the familiar, to where it's impossible to control things. The show involved several rooms with video installations presenting an animated character pouring out emotions and in vulnerable intimate situations. One video shows the character walking naked across a plain, which has about as much charm as a giant parking lot. The man apologizes and mutters a few words about having nothing to say. There's a closeup of his face, flawed skin and blemishes, but shiny eyes and hyper-perfect teeth.

In another video the character has too much to drink and gets a bit maudlin. The sadness of love drove him to drink. Drinking made him wild. Lohbado's favorite part of the exhibit was the room containing three screens showing the character taking himself apart at airport security. You could read what you like into it. What exactly is self? What part of a person might constitute the essence of the individual? What happens if you remove nose, eye balls, teeth, brains, genitals, intestines and so on? Where is the self when one is taken apart and placed in airport security trays? Perhaps self lies in bodily substances, in blood, urine, excrement. Maybe the security scanner might find something.

The show pushes one outside a comfort zone into a world of emotion, dream-like malaise, a reality beyond anyone's control.

The show was also quite funny. Lohbado laughed as he watched the man take himself apart, or perform intimate rituals in a bedroom, or singing in a melodramatic tone. 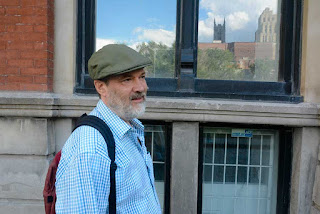 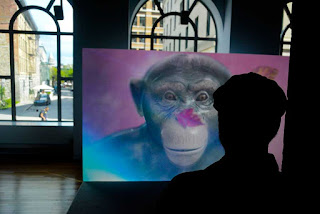 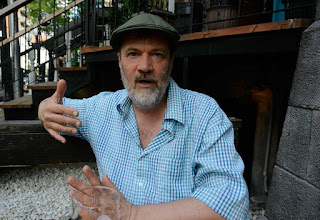 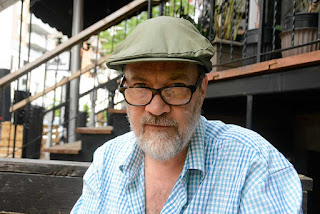 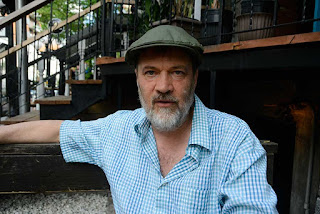