does a cat think about being a cat? 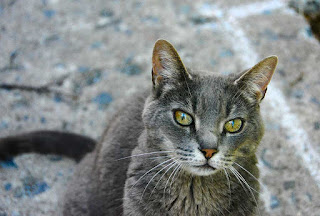 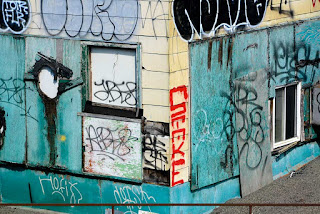 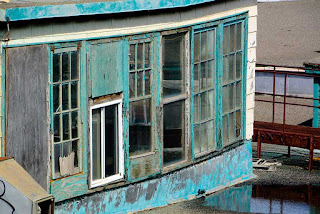 Does a cat think about being a cat? A cat could wear an identification tag and have its own residence, bowl and cushion. Dog and mice are part of the identity of a cat. Dogs have been known to chase cats. Cats eat mice and birds.
The cat could be open to anything. Just because a cat is a cat doesn’t mean the cat has to act like a cat… or maybe a cat is determined by the nature of being a cat. The cat doesn’t choose to behave like a cat. A cat by nature behaves as a cat. The cat in the photo has a territory, including part of the back lane. If it goes outside its territory, it might get in a fight with other cats. The cat acts according to cat-nature in a world of other cats, humans, dogs, mice, territory, infinite interconnections.
Posted by Lohbado at 11:26 AM