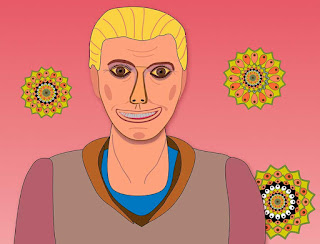 Question contains the answer, the problem is more interesting than the solution… well of course the solution is like the punch line. One wants to know what happened. How did the movie end? Did they catch the villain? Did the romantic couple ride off into the sunset in a blaze of glory, a love that will last forever until the honeymoon phase wears off and they start to get on each others’ nerves?

Ok, what does it mean? The question is about yearning for understanding, on an ultimate or absolute level. On a relative level, one could explain a situation. Joe is going to the store to buy groceries. There’s a lot of noise due to streets being repaired.

On an absolute level, some questions are unanswerable, for example, why is there being? The question arises because existence involves suffering. Maybe if life were a bowl of cherries, the question would never arise, except maybe as curiosity. When one experiences heartache, sorrow and pain, one starts to wonder why this is happening? Sometimes just to exist becomes unbearable. One would rather not exist. So that’s how Lohbado got into speculating about being.