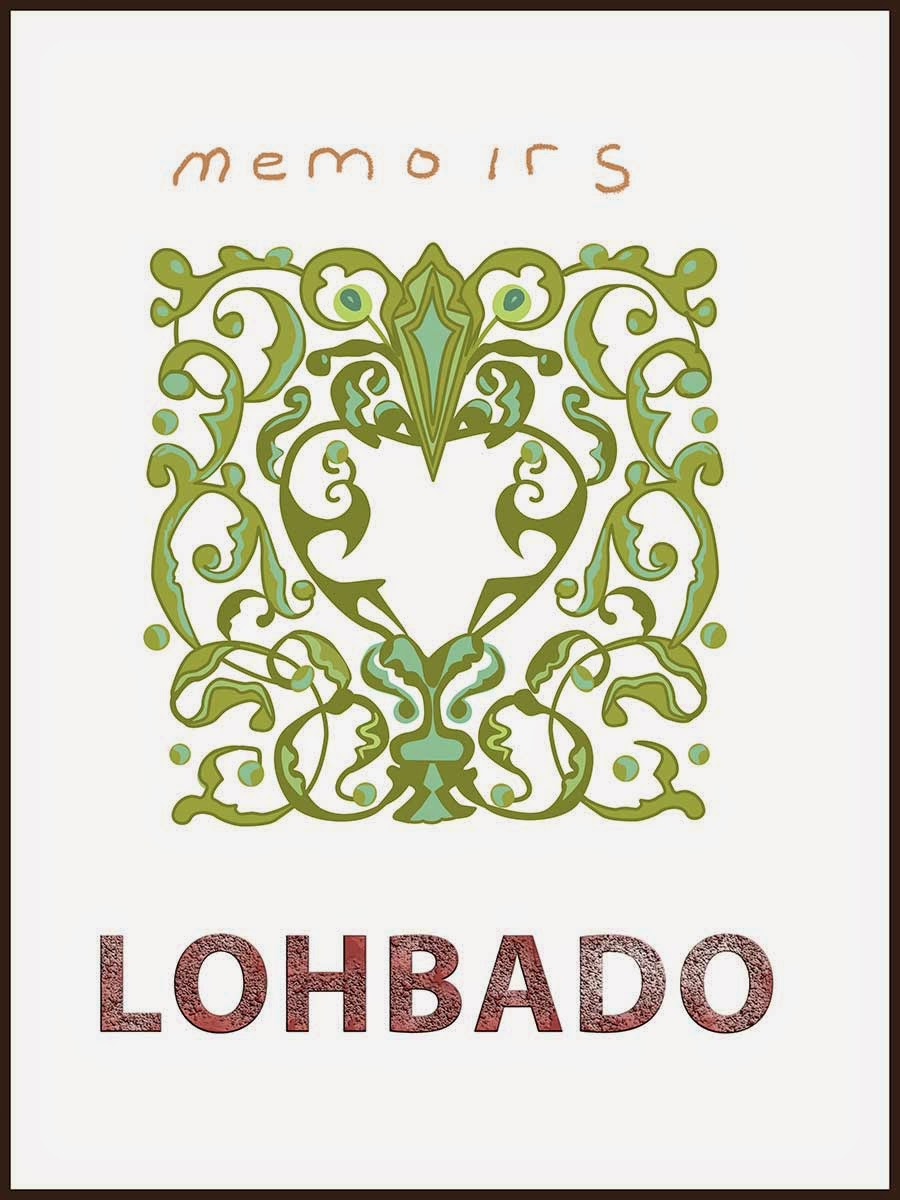 Peter Stumps sometimes imagined he was the reincarnation of his grandfather the Reverend Woodlot Stumps, Church of the Living Monument. His grandfather died in 1969, when Peter was thirteen years old. That's another story, the violent death of Peter's grandfather. Years later, after Peter became Lohbado, he was convinced that it was in his power to redeem his grandfather. He wasn't yet sure how to do it; but he believed it was possible.


Reverend Woodlot Stumps died in an armchair, in his church office. Peter was first to discover the bleeding corpse. The old man slumped forward, head on the desk, a pool of blood on the floor. It reminded him of a scene of the crucifixion, Jesus on a cross; Woodlot crucified in a wooden armchair. Peter picked up the leather and wood cross of Rev. Woodlot Stumps, the heavy walnut-framed armchair in which Woodlot sacrificed himself. He shed blood to purify the sins of the Stumps lineage. He opened a way of spiritual, metaphysical exploration of what may or may not be really happening.

Lohbado, working on his memoirs, dropped the pen to listen to a pack of dogs. He remembered dogs on the plains, during season of rut. A hot dog, bitch in heat, tongues drooled relish. The hot dog with ketchup... dogs were not ashamed. Uninhibited lust, primal urge, law of tooth and claw, it was a long drawn-out affair. It lasted hours, sometimes days. The top dog had first try. Theatre of struggle, resistance, complication, dogs of passion acted according to the force of nature during the season of lust. Don’t hold back. The noisier the better.

Lohbado at twenty-one was named Peter Stumps, an uptight nerd with a lot to learn. At one point, he would have to close the book, rise from the desk and let the word become flesh. Philosophy was abstract. It cut him off from his heart. It turned him into a transcendental ghost, in the world but not of the world.

Graduate studies was part of the process in response to the crisis or loss of meaning, the trauma of existence. Lohbado tried to envision himself, a mental picture of Lohbado as Peter Stumps many decades ago. Peter Stumps sat in a pink room, gazed into the greenery of a garden and at the blue sky. His body represented moisture, a breeding ground of bacteria, bad breath, smelly feet, funky armpits, tired eyes, tired brain. Peter Stumps sat in a wooden chair at a large oak desk, just as grandfather Woodlot had done the day he died. Peter sat in a pink room and tried to stand outside himself. Peter watched Peter, physical events of his body, perceptions, stream of consciousness, daydream, fantasy, thinking, reasoning, distraction, emotion, appetite, aches and pains, irritation, problems... a range of situations.

Peter listed multiple ways of Peter, son of Stonehenge and Rosemary, grandson of Woodlot and Aida... a lineage going back to Leno Pourris, 17th century Paris. Leno Pourris fled Paris to the new world and never returned. The wilderness blew his mind. He integrated with cree people a long the shores of James Bay and Hudson Bay. He travelled north with the Inuit. He learned survival, to abandon European arrogance. Let go of reference points. Surrender to the land. Let Pourris rot. Leno Pourris became Neil Stumps.

Neil Stumps kneeled before a huge stump in the boreal forest. He viewed the stump as an altar, the womb of a new lineage reaching into the 21st century, to the time of Peter Stumps and finally Lohbado. Lohbado was the maturation of an old mystical wilderness tradition of taking refuge in the elements. Lohbado synthesized multiple branches of the family tree. He understood the secret wish of Grandmother Aida. The eerie twinkle in her eye as she gazed at him, the time she caught him with his pants down under a silver birch tree. He was six years old, but remembered as if it was yesterday, how she gazed at him, as if from a calm and serene palace beyond the scheming and turmoil of the human realm. She transmitted the tradition through her gaze. It took several decades before the seed of grandmother’s aspirations ripened in his mind.

He began to understand the need to synthesize branches of knowledge and experience. This was his true purpose as a professional student and shirker of the master/slave workplace setup. If he wished to live off the beaten trail, he better be strong. That’s one thing she meant. The Moronovian path, the way of The Great Nomroh is not for the faint hearted.

A memory underscored these reflections, years later, as Lohbado worked on his memoirs. On one of his last outings up Black River, when he worked at the domed community of OOO in the Cha Region of the Poh Valley in the Secret Desert, a miracle stream of toxic fluid... a river in the desert was a kind of miracle. Lohbado was loading his pack into the motorized canoe when in the shadow of a rock he saw a dead dog  pulsating with maggots.

A throbbing rhythm of white bugs cleaned flesh off the dog’s bones.... ribcage stuffed with maggots, dog skull, eyes hollowed out, no more brains. The dog lay on its side in running position. Maybe the dog was running away from the moment of death. Topple over sideways, a gesture left after death, the remains of a running dog, cleaned by maggots, ravens and small animals. Eventually the skeleton gets broken up, bones scattered. Small plants grow up among the bones. Moss and lichen eat the bones. Soon bones are part of the earth.

The dead dog made a powerful impression on Lohbado as he stepped in the toxic stream, knee-high rubber boots, to place pack and sleeping bag in the canoe. He pulled a blue tarp over top to keep things dry. The river gets rough in places. Spray flies. Waves splash in. Jagged rocks lurk below the surface. One has to study wave patterns to locate and avoid dangerous hidden rocks.

Sometimes, in spite of precaution, the canoe scraped into or banged a rock. The canoe shivered under the shock of impact. It sent jolts of fear into Lohbado and the guide.

The farther up river they travelled, past rock hills and gravel plains, the more Lohbado’s mind calmed. No need to think so much. No reminders to awaken bad memories; just a distant horizon, rolling plains, rocks and hills.

A dark river, shallow in places, the way the sun shone and maybe from iron in the rock, the water looked like blood. Without trees to register sound of the wind, at times the silence was close to absolute. The silence evoked a sense of unreality, of being in a dream, of being dissociated from himself, as if looking at his body from the shore, a dead body on a bier, a funeral canoe, pulled down stream to the ocean of death.

He tried to imagine himself not existing and failed. His mind blanked out. He couldn’t conceive of non-existence. He could label death as a variable. Let X=death. Let life=Y. X=notY. X and Y were mutually exclusive. Its either Y or not Y life or not life. Not life cannot be experienced. If one could experience not life, it would be life. One has to be alive to have experience. If you’re having an experience, you’re not dead; you’re alive. Death=nobody and no experience. But if there's nobody and no experience, how could one say it is anything, let alone death?
Posted by Lohbado at 2:17 PM