ride along the canal 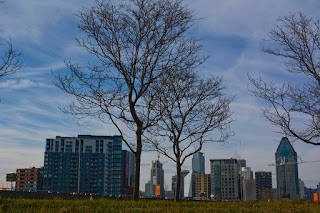 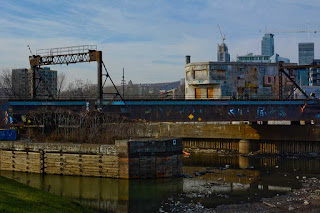 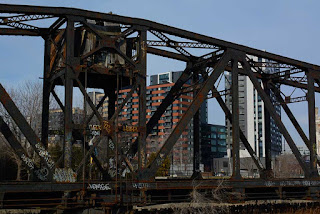 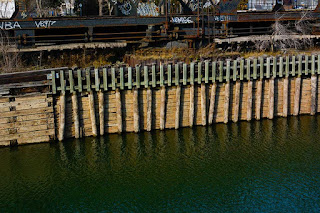 It looks like there's about another two week's worth of snow-free trails in Montreal, perfect for bike riding. Lohbado rode along the Lachine Canal. It looked quite different than it did a month ago. The water was reduced in the canal. People were still out jogging and riding.

Lohbado sat among trees overlooking the canal until he got cold. While relaxing in the park, his mind settled down a little. It often felt like he was drowning in everyday situations of fear, strong emotions and aggression. It felt good to sit in the park for a while, to stop thinking so much and to focus on the sights and sounds. As he watched birds gliding above the trees and gazed into the sky, he imagined pure beings dancing and celebrating the act of being. To be without apology, in the sunlight breaking through the clouds, confident, peaceful, he remembered how grandmother suggested a way of discipline, how to cheer up and calm mental turmoil. He could see the high contrast between his confusion and the possibility of infinite sanity, playfulness and imagination. Sometimes the best thing is to sit quietly and let the mind settle down.
Posted by Lohbado at 8:22 AM