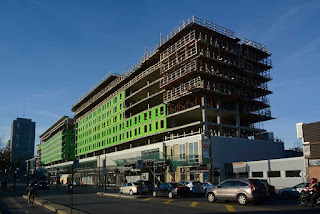 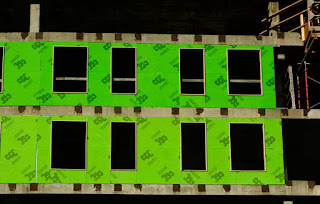 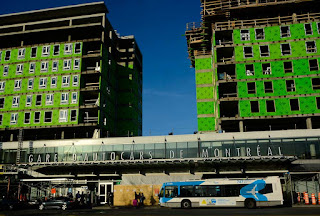 The bus depot's official name is Gare d'autocars de Montréal. It's currently being renovated or expanded. It's across the street from the big library.

The lore of bus depots... of going somewhere. Lohbado remembered as a young man getting on a bus and going in search of work, during a recession. He stayed at YMCAs along the way. He felt tense and depressed. It wasn’t fun. He had a few interviews, but didn’t get hired. He felt like a total loser. Sometimes losers end up becoming drifters.

Lohbado was lucky. Eventually he managed to find work. It was’t ideal, but it paid. It’s part of the human condition. One is born to be enslaved to a master, or one could perhaps follow the path of Odysseus and live with shrewdness and cunning. It's a path of danger, with no guarantees. It could end in destruction. It took Odysseus ten years to get home after the Trojan War. Lohbado wished his life could have unfolded according to the Mornovian dream. Things didn't quite work out according to plan.  So what are you going to do about it? There's no point crying over foolishness and confusion. One might learn something, or maybe not. There are as many ways to get through life as there are paths across the Plains of Radiation. Eventually one ends up as a corpse. Of course that's only part of the story. There's more to Moronovia than meets the eye.
Posted by Lohbado at 11:23 AM