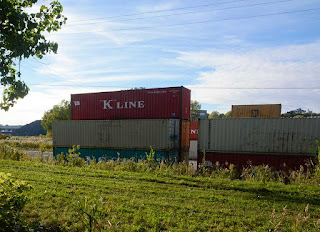 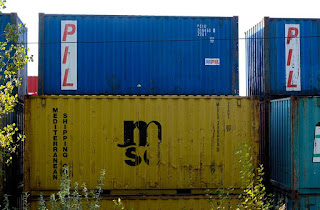 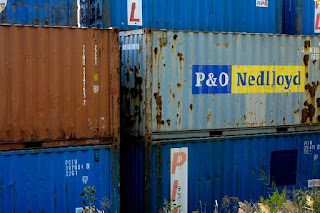 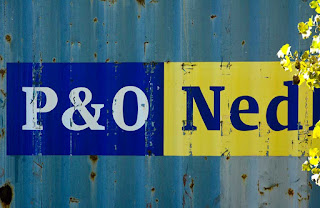 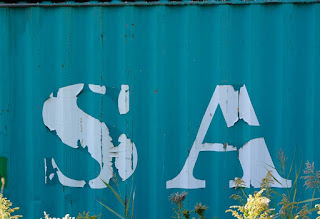 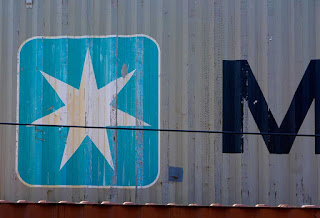 Lohbado paused during his bicycle ride along the Lachine Canal to take photos of some shipping containers. To get to the canal from Cote des Neiges, one could ride along Fielding then down West Broadway and along Broughton, which leads through a metal barricade separating the neighbourhood on the hill from the neighbourhood at the edge of the water, down a steep hill. Go through the small pedestrian tunnel at the corner of Norman and one is not far from the canal. The freeway and railway tracks make canal access limited. It helps to be in the know to find routes to get there. On the way home, Lohbado rode up a steep road known as the Glen, then followed Sherbrooke to Decairie Service road, up another steep hill to Cote des Neiges.
Posted by Lohbado at 9:16 AM